Alexis Tsipras of Syriza "More and more people realise austerity is not viable. There is no other way but to radicalise further" 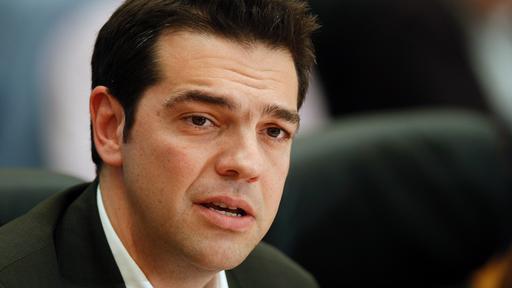 Democracy and Class Struggle are posting this interview for people to hear the views of Alexis Tsipras of Syriza. Our Publication does not mean we endorse the views of the Syriza but we feel they should be widely discussed.

Interview with Alexis Tsipras of Syriza.

In past few months, Alexis Tsipras, leader of the Greek left-wing movement Syriza and widely tipped as the country's next prime minister, has been on an international tour, trying to build a broad coalition of support for his party's anti-austerity policies - and, perhaps, to convince the world's political elite that a Syriza government is not such a terrifying prospect. Last week was London's turn.

The New Statesman caught up with him at the end of a busy schedule of meetings and talks, en route to see Tottenham Hotspur play Fulham.