Hugo Chavez was champion of the Venezuelan People : Communist Party of the Philippines 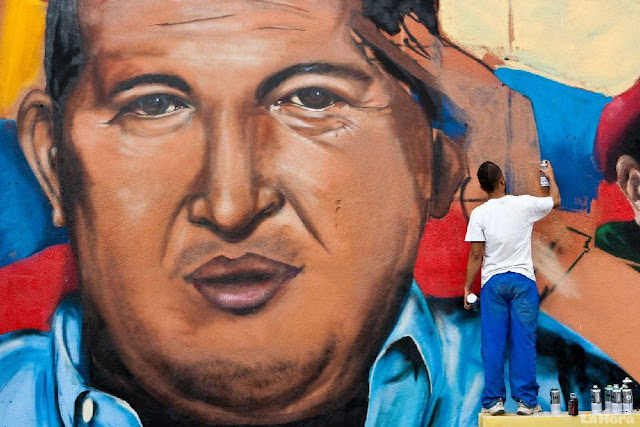 Message from the Communist Party of the Philippines
06 March 2013


On behalf of the Filipino people and their revolutionary forces, the Communist Party of the Philippines (CPP) extends its deepest sympathies to the Venezuelan people during their time of mourning following the death of their beloved president Hugo Chavez.

For the past decade and a half, Hugo Chavez served as the Venezuelan people's champion. Under his leadership, Venezuela bravely treaded the path of anti-imperialism and opened a new era of radical social reform. The nationalization of Venezuela's oil put an end to foreign monopoly control and gave Venezuela vast wealth to use for the people's welfare needs -- from free education, health care and public utilities.

Serving as the Venezuelan people's champion, Hugo Chavez earned the ire of the US imperialist government which demanded the return of the rights of the exploitative and oppressive foreign capitalists who sought to monopolize Venezuela's oil and other natural resources. The US government never relented in its effort to overthrow the Hugo Chavez government and engaged in internal subversion by funding and arming the forces that opposed the Bolivarian revolution.

Under Hugo Chavez's leadership, Venezuela joined Cuba in building the Bolivarian Alliance of the Americas which sought to unite the countries of Latin America and the Caribbeans to push against the imperialist tide of neoliberalism. His fierce hatred of imperialism inspired other countries to defend their patrimony and national freedom.

The US and other imperialists celebrate the death of Hugo Chavez. The Venezuelan people, however, are not ready to surrender their victories and will surely continue to march along the path of social revolution.
Posted by nickglais on 3/06/2013 12:25:00 PM