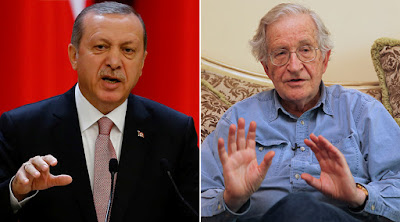 Open Letter of support for academics being victimised in Turkey

As scholars associated with universities and higher education institutions in the UK and  internationally, we are extremely disturbed by Turkey's recent treatment of academics that have spoken out against atrocities being committed by the Turkish state against Kurds.

1,128 Turkish and Kurdish 'Academics for Peace' originally signed the statement "We will not be a party to this crime", calling on the Turkish government to cease hostilities against its Kurdish population. Since the publication of this statement, these academics have been subject to a sustained campaign of abuse and violence from both the Turkish state and its supporters.

In recent speeches, President Recep Tayyip Erdogan has publicly denounced these academics. Subsequently, prosecutors have begun proceedings to charge all 1,128 of the original signatories with “propagandising for a terrorist organization” and “overtly insulting the Turkish nation, the State of the Republic of Turkey, Grand National Assembly of Turkey, the Government of Republic of Turkey and the judicial organs of the state".

This has resulted in 22 academics having been taken into custody (at the time of writing).  If convicted of these charges they could face 1-5 years imprisonment. The legitimacy of arrests has already been questioned by prominent legal experts and described as “extra-legal” decisions. Signatories have also been publicly exposed in the press and social media by government supporters and nationalists, leading to fears of reprisals from fascists that have declared they will 'spill the blood' of the signatories. Many of the signatories also face disciplinary proceedings and possible sackings from their institutions.

These unjust acts are unfolding in a context of continuing state violence against Kurds- in December 2015 alone 100 Kurds were killed as a result of military operations conducted by the Turkish state. Since August 2015 there have been 52 open-ended and round-the-clock curfews imposed on over one million inhabitants in south east Turkey.  In such a context, the clamp down on academic freedom constitutes another moment in the deepening authoritarianism of the Turkish state. This includes not attacks on not only academics but also the continuing imprisonment and deaths of journalists, lawyers and activists.