The Turkish Prime Minister arrived in London for bilateral talks on the conflict in Syria and Iraq, discussions on Cyprus unification and counter terrorism measures.

The protesters repeated “Shame on U.K.” because of the silence about the violations and attacks against the Kurds in the southeastern Turkish region. 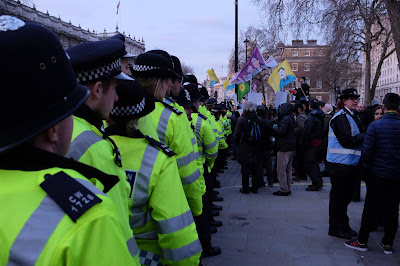 After the attempt to stop Davutoglu, team of vehicles on Downing Street gathered with a number of people. Three protesters were arrested by the police and numerous police officers were deployed to the area to help calm the situation.

Turkish PM Davutoglu is in London for a three-day visit where he is expected to speak at a round table discussion at think-tank Chatham House on Tuesday (Jan. 19) before leaving for the World Economic Forum in Davos, Switzerland.

Armed clashes have continued between the Kurdistan Workers’ Party (PKK) and security forces in urban areas in southeastern provinces of Turkey since the breakdown of the peace process between the PKK and the Turkish government in July 2015. Since the settlement process ended, curfews have been imposed in numerous southeastern districts in Turkey. Nearly 200,000 residents have been forced to leave their homes due to fighting and curfews. 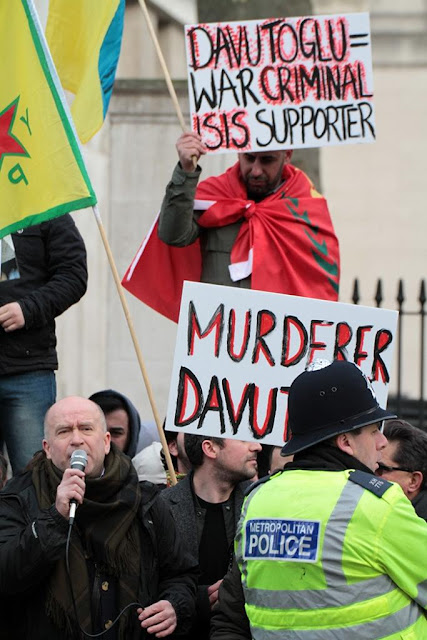 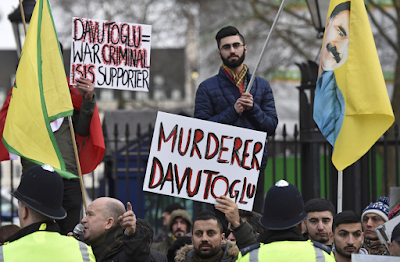