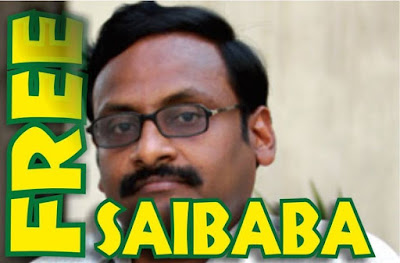 We, the International League of Peoples’ Struggle, resolutely and vigorously support the campaign for the defense and release of Dr. G N  Saibaba from prison.  We condemn the grave violation of his civil and political rights, especially his right to free speech and his rights against unjust imprisonment, physical and mental torture and cruel and inhumane treatment. We base ourselves on the reports from Indian human rights organizations and we hereunder restate the facts of his case for the purpose of wider dissemination.

Dr. G N Saibaba was at first abducted on 9th May 2014 from the Delhi University North Campus by the Maharashtra police. Because of his strong principled and vocal opposition to Operation Green Hunt, as a military campaign to oppress and exploit the Adivasis (indigenous people)  and to grab their natural resources, he was framed as a Maoist and charged under the vicious UAPA legislation. He was imprisoned  in the Nagpur Central Jail for over a year.

Dr. Saibaba was then already 90% disabled and  wheel chair bound, unable to walk. He was put in solitary confinement in the notorious anda cell and consequently became afflicted with problems  in his spinal cord. These were followed by complications in heart, kidney and gall bladder. His left arm became completely paralyzed owing to gradual muscle atrophy.

The prison authorities acting under the Central Government command were hell bent on  killing Saibaba in prison.  But a concerted campaign of  democratic and human rights activists and associations  in India and abroad brought public opinion to bear  on the Indian authorities and pressed them to release Dr. Saibaba on bail for medical treatment. The Indian High Court granted Dr. Saibaba three months bail for this purpose on 30 June 2015.

Dr. Saibaba received  treatment at various hospitals in Delhi. His application for a permanent bail was rejected by the Nagpur Bench of the Bombay High Court. But upon  the recommendation of the doctors treating him, he was able to  get his bail period extended by a further three months. Then,  on 23 December 2015 a single judge from the same Court  ordered Dr. Saibaba to surrender himself to the Nagpur prison within 48 hours. This order ignores Dr. Saibaba’s serious ill health and the previous Court Order that allowed him at least until 31st December 2015 to receive medical treatment.

We fully agree with all the defenders of Dr. Saibaba that the order to put him back in Nagpur jail is a barbaric act by the Indian state, completely unmindful of his grave disability and ill health.  As if on a rampage,  the same High Court judgement has also ordered proceedings for criminal contempt against highly respected writer and social activist Arundhati Roy for her article, titled ‘Professor, POW’, against GN Saibaba’s unjust imprisonment and violation of his right to free speech. It is criminally absurd that a court engages in a chain of acts against the fundamental freedom of speech that is supposed to be guaranteed by the Indian Constitution.

Having known Dr. Saibaba as a colleague in the ILPS since its founding in 2001, we are proud of his record of standing up and speaking  against  the neoliberal policy of imperialist globalization and the consequent recurrence of crisis and the escalation of imperialist plunder and war. We are proud of his principled and courageous stand  against the Indian government’s pseudo-development programs that are designed to let multinational corporations grab vast areas of land and loot the mineral wealth of the India. Dr. Saibaba has exposed the fact  this pseudo-development  benefits the exploiting classes at the  expense of the Adivasis who lose their homes, land, water and forests.

The Adivasis are driven by the imperialists and the Indian reactionaries to engage in a life and death struggle against the State in order to uphold and defend their ancestral rights and preserve their  environment. They are fighting heroically against such military operations as Operation Green Hunt which are unleashed by the reactionary armed forces. Dr. Saibaba has stood for justice in opposing the crimes  being committed against the Adivasis.  We are outraged that he is made to suffer for speaking out his mind for the cause of justice. We are also indignant that the state is persecuting Arundhati Roy  just because she  has  criticized the Court’s decision to deny Dr. Saibaba permanent bail.

We call on all member-organizations of the International League of Peoples’ Struggle  to issue statements and undertake protest actions before Indian embassies and consulates to condemn the unjust acts of the Indian authorities and to demand the permanent bail and  immediate release of Dr. G N Saibaba and thus allow him to get the proper medical care and treatment.  We must also demand the withdrawal of  the false and outrageous charge of contempt against Arundhati Roy for defending Dr. Saibaba’s right to free speech.
Posted by nickglais on 1/13/2016 07:31:00 AM