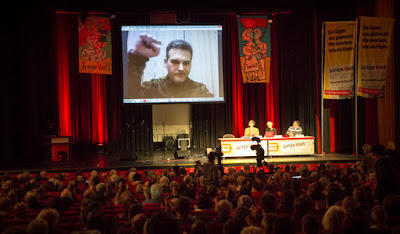 ‘Ghost’ fighter’s speech at conference in Germany met with applause Alexey Markov, commander of the communist detachment of the Ghost Brigade of Alexei Mozgovoi, participated in the International Rosa Luxemburg Conference in Berlin on January 9.

Markov’s speech was very warmly received by the audience.

Moderating the discussion was Suzann Witt-Stahl, a well-known German journalist and editor-in-chief of the magazine "Melody & Rhythm."

Guests asked questions about the everyday life of Ghost Brigade soldiers, and the military situation at the front. "Neither war nor peace" is how Markov described the political situation in Donbass.

He explained how Ghost fighters provide order in the territory under its control, implementing health care, organizing food supplies, and generally trying to help local residents.

In addition, Alex told the audience that the Ghost Brigade fighters repeatedly witnessed how Ukrainian nationalist battalions fired not only on the positions of Ghost, but on the roadblocks of regular Ukrainian army units.

Tellingly, the Communist Markov expressed concern about the growth of right-wing extremist sentiment in Europe, saying that

"the ruling classes of Europe could again make a bet on the fascists."

The Ghost fighter expressed the hope that "real communists" will come onto the historical arena, who will able to truly defend their views. "We are fighting for a society based on mutual friendship between peoples and socialism," said Markov.

STRUGGLE FOR REVOLUTIONARY SOCIALISM IN 2016 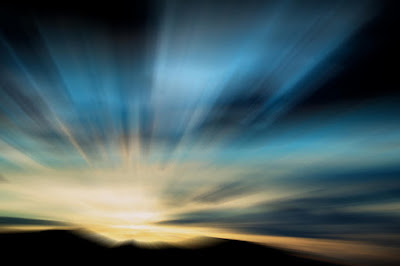