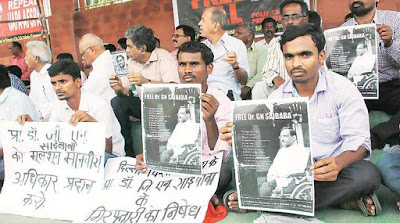 “I DON’T feel like a victim but certainly feel I am being used and it is unfair,” said Delhi University professor G N Saibaba, responding to a question if he was a victim of a tussle between two benches of the Bombay High Court.

Saibaba, who was arrested last year for alleged Naxal links and was out on bail, arrived here on Friday evening by flight from Delhi to present himself before the central prison authorities following a Nagpur HC bench’s order two days ago cancelling his bail and asking him to surrender within 48 hours.

“Right from the beginning, I have been subjected to constant witchhunting and false framing. Without any evidence to justify the prosecution, I am being returned to incarceration,” Saibaba said in a statement to journalists.

Saibaba expressed disappointment over the HC order. He said, “I am disappointed by the order passed by a single judge of the High Court of Bombay at Nagpur. But I will abide by the decision and am going back to judicial custody in prison as directed. My lawyers are working on a challenge in the Supreme Court. It is my belief that the honorable Supreme Court will assess the case of the police and grant me relief.” 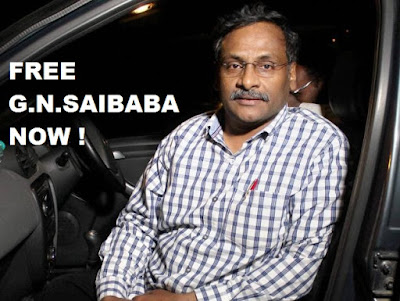 Asked why he surrendered when many felt the order to surrender was undemocratic and unjust, Saibaba said, “I am not surrendering before anyone. Whether right or wrong, I have to follow the judicial process.”

Asked if the matter was complicated by the principal bench taking up his bail case midway, creating friction with the Nagpur bench, and if he would have been perhaps better off had the case proceeded on a straight course, Saibaba said, “I am in no way concerned with the jurisdiction of courts. I had not approached the principal bench myself. The bench thought it was its duty to save my life, so it took suo motu cognisance of my health problem. It actually saved my life, otherwise I would have not survived to come to Nagpur jail again.”

“I have not recovered fully and I am extremely apprehensive that the hostile conditions and treatment in prison might deteriorate my health conditions once again,” he said 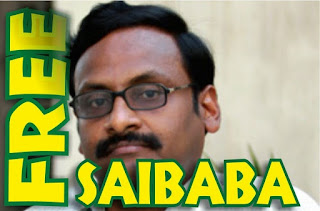 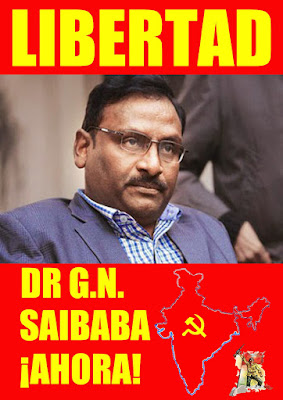