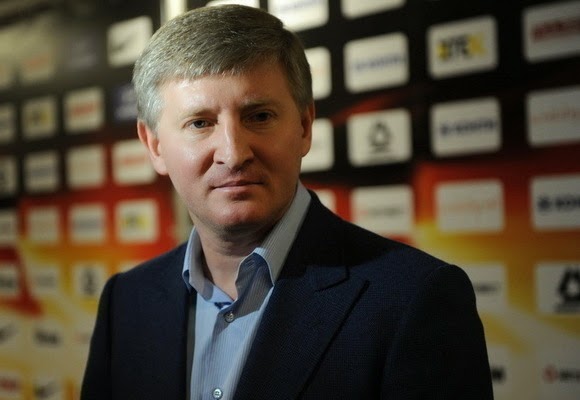 “These enterprises were created by generations of our fathers, of our ancestors. I think this will be a just decision” – Pushilin’s words as reported by ITAR-TASS.

Despite the punitive operation of the Ukrainian armed forces in the East, he believes, “it is now necessary to work out a single scheme of co-operation and interaction with enterprises located on the territory of our republic”.

“Now we are considering the following as one of the options. All enterprises that are and were Ukrainian property will now be put under DPR control. Enterprises belonging or previously owned by oligarchs who refuse to co-operate with the DPR and to pay their taxes here, who continue paying them to Ukraine, will be nationalised”, – Pushilin explained.

“Those enterprises who clearly stated that the DPR is unacceptable to them – those are Rinat Akhmetov’s enterprises. Naturally, if they do not start co-operating closely with the DPR, then we have no other choice”, – he added.

Pushilin also specified one of the possible options of partial nationalisation that is being considered: “As one of the options, which is currently the one most acceptable to all – 51% will belong to the state, i.e. the DPR, 20% will be assigned to the employees.

These are the dividends from profits which will be received by all workers of the enterprise. And 29% – for shareholders as such”.

Pushilin reminded that signing of the EU association agreement by Kiev will strike a major blow against the Ukrainian economy, and so the DPR will take urgent measures to exit Ukraine’s legal and legislative sphere.

– It is obvious that the DPR leadership has neither unity nor a guiding line, an economic strategy, which would allow to make consistent and effective decisions – says Boris Kagarlitsky, director at the Institute of Globalisation and Social Movements, – Currently the political line fluctuates under the influence of external circumstances, reflecting the correlation of forces inside and around the republic. However, another announcement of nationalisation of the oligarchs still needs to be welcomed.

We remind that head of the praesidium of the DPR Supreme Council Denis Pushilin announced the start of the process of nationalisation in the region on 20th May.

Later that same day, Rinat Akhmetov, owner of the System Capital Management company, called on his workers to come out on a protest against the actions of the DPR. Pushilin then stated that people of the DPR receive threats of being made redundant if they do not take part in pro-Ukrainian protests.

On 25th May, a several thousand-strong demonstration of DPR supporters gathered by the Akhmetov residence, militia members seized control of the residence, and DPR Prime Minister Alexander Boroday announced the start of negotiations with the businessman.

Later Boroday announced that the DPR decided not to nationalise Akhmetov’s enterprises. He noted that Akhmetov’s statements “against the DPR” and his refusal to pay taxes into the republic’s budget are “illegal”.

We note that in mid-June the DPR government also reported on their intentions to nationalise the property of the Ukrainian state located at the republic’s territory by the end of 2015, including the Mariupol trading port.

Source rabkor.ru translated for Solidarity with Antifascist Resistance in Ukraine by Timur Dautov

Democracy and Class Struggle says with the armed working class in the Donbass it is time to make the Class Struggle the Principal Struggle, the vacillations and conservatism of the Donetsk People's Republic leadership, can be overcome by a deepening of the social struggle - taking on the local Oligarchs and their Kiev masters and bringing the Donetsk Industries into public/community ownership - a vital part of deepening the social struggle - as is the further arming of the working class battalions from the Mines  and workplaces of the Donbass to ensure an end to DPR leadership vassilations and conservatism where the masses are politically in advance of its "leadership".

The internal contradiction in Ukraine between the Oligarchs and the people is the principal contradiction which has been exploited by external forces, the resolution of this contradiction will weaken the Kiev junta and their Oligarch in Chief Poroshenko whose treacherous role we have described here

Make Class Struggle the principal struggle and defeat Ukrainian Fascism and its Oligarchs..