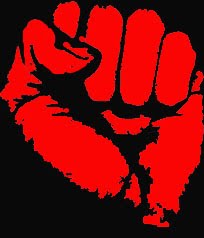 KOLKATA: Maoist leader Anup Roy, who is lodged in Presidency Correctional Home, is likely to be shifted to MR Bangur Hospital.

The state committee member of the CPI(Maoist) was in the sixth day of his fast-unto-death protest on Tuesday when his condition worsened.

He is demanding a 'political prisoner' status for himself.

The West Bengal Correctional Services Act 1992 says that any person arrested or convicted for any political reason and any person prosecuted of "political animosity" shall be classified as a political prisoner.

The state government amended this act in 2013 to add a paragraph saying "any sympathizer having involvement with any organisation classified or declared as a terrorist organisation... shall not be classified as political prisoner".

Roy, who was arrested in January, had sought permission from the jail authority to allow him move a writ in Calcutta high court against this amendment, but was allegedly refused.

"All political prisoners lodged at Presidency Correctional Home will go on a fast on July 17 to support Roy's demand," said Ranjit Sur of Association for Protection of Democratic Rights.