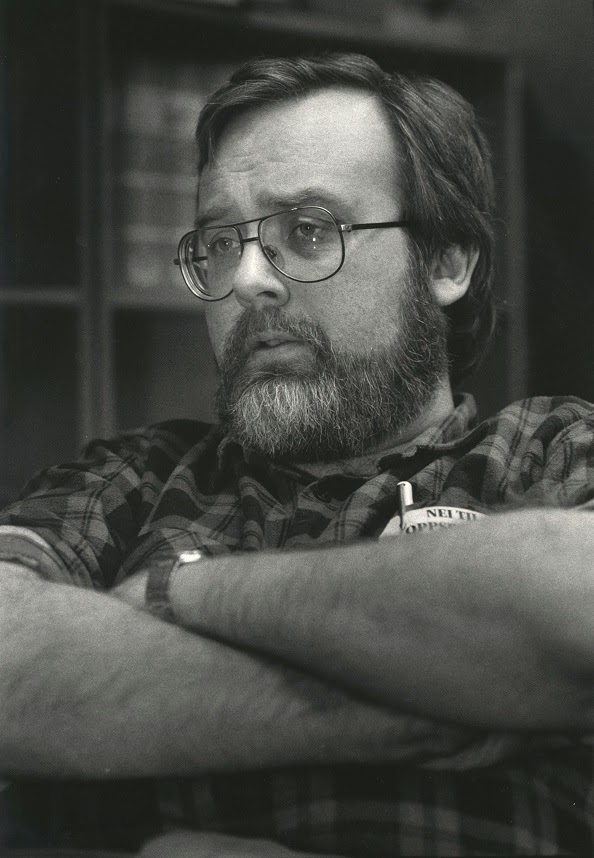 Our comrade Kjell Gunnar Larsen is finally out of custody and we interviewed him.


Serve the People : Close to eight weeks of a cell and remand with visitor control, was it tough?

Kjell Gunnar: Yes, It was no holiday trip. I was first on the isolation cell for 55 hours.
I was sent to Stavanger. Custody was better than plain cell, but that's only because cell is so really bad..

Prison is a method of discipline for  those who in various ways rebel against the system.

I got talking to some of those in Stavanger prison, many of whom had been in the system for extended periods.

Many of them should not have been in prison, they had psychological problems, and had been in different institutions in childhood and had a lot of addictions.

Prison authorities work in a way, they say, that people are being rehabilitated, ie be able to cope in society.

This rarely happens in practice by preventing people from being in contact with the rest of society, there is no logic in this.

Serve the People: Why did the police remand you in custody ?

Kjell Gunnar: They claimed that there was a danger that if I were at liberty then I would be able to destroy evidence.

This falls on its own weight, the police received a review of this case in fall of 2011, a raid of SOS Racism office was undertaken in February 2012, ie 28 months ago.

If there had been a need to coordinate explanations or removing written evidence that this would have happened long ago.

We have not had such needs.

Serve the People: Police submits claims for custody of the courts, how does this work?

Kjell Gunnar: The local district court made ​​no attempt to limit detention, in the first sentence custody was set for two weeks, but the case was appealed further to the Court of Appeal

In the hearings, Judge even asked questions of the police prosecutor in relation to the clear factual errors.

Among other alleged from my side that claims that the accounts had been systematically tapped funds following the liquidation of SOS Racism in May 2013 this had to be wrong since it was seized in these accounts as early as October 2011.

When I pointed out that funds alleged should have been white washed in 2006 would have been screwed in 2007 the judge did not followed it up.

The main problem with detention is that the defender has zero chance to familiarize themselves with the case and argue in relation to reasonable grounds for suspicion, since it will only be presented after two days.

In my case that was the civil judgment against SOS Racism from November 2011 used as that there were reasonable grounds for suspicion, although the burden of proof in a criminal case is considerably heavier than in a civil case.

Serve the People: Why this happened when?

Kjell Gunnar: This is an attempt by the police to obtain an overview of Serve the People - Communist League.

This is nothing new, I was monitored from the time I was 15 years old and has received  2,000 pounds in damages because of this.

It was then promised that the surveillance of communists is terminated, this is a lie.

In all the interviews conducted by me and others in this case it is constantly questions about Serve the People. I refused to comment on these.


Serve the People: What is the nature of the charges against you?

Kjell Gunnar: Beyond creating opportunities to monitor Tjen Folket then set forth a number of claims related to the financial support SOS Racism has been through basic support.

It will be alleged that the offense was committed to increase support and that I am responsible for them.

Police have no way to prove such a thing.

It is also alleged that I am responsible to launder money.

I have other words invented a time machine. As I said in the hearings in early May so I would not have been in custody if I had invented the time machine.

It is at all difficult to understand the allegations of money laundering. Such a claim must be based on a claim that SOS Racism had responded revenue. Something like that is impossible for the police to present evidence.

It seems that the police adds up to a principle of double hit. Firstly, it is illegal to carry out fraud, but it is also additionally illegal to use this money for anything.

I have difficulty to understand, luckily I have not committed any fraud.

Police are trying to make a story of it being made by ​​cash withdrawals of me.

This is money that is taken to refugees across the country who are in hiding because the government wants to throw them out.

These are people who risk their lives if they are sent out of the country.

It is absolutely wrong for me to give some information that could lead police on the trail of these people.

The whole matter is characterized by two aspects, one is secrecy, even my defender can not access all police claims

The second is that the police use the method to throw shit and then see what, if any of it  sticking.

It is evident that 28 months after the raid at the office of SOS Racism, they have not a single question to put to me about any of the contents of the countless binders which they took with them.

This whole thing  has excellent summary from Mao 26th in May 1939:

"I hold that it is bad as far as we are concerned if a person, a political party, an army or a school is not attacked by the enemy, for in that case it would definitely mean that we have sunk to the level of the enemy.

It is good if we are attacked by the enemy, since it proves that we have drawn a clear line of demarcation between the enemy and ourselves.

It is still better if the enemy attacks us wildly and paints us as utterly black and without a single virtue; it demonstrates that we have not only drawn a clear line of demarcation between the enemy and ourselves but achieved a great deal in our work.

»
Serve the People: Thanks comrade we are pleased you are out - even in other countries - they are happy that you finally are out.

Any errors in translation from Norwegian are those of Democracy and Class Struggle and not Tjen Folket this original interview is here :
http://tjen-folket.no/Sentralt/view/11692