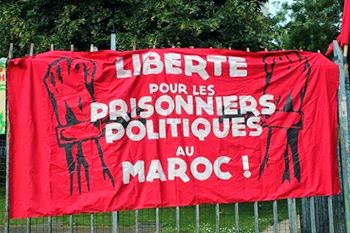 This date is not a coincidence, it was chosen as a tribute to the more than 300 prisoners and prisoners members of the Communist Party of Peru, murdered by the Peruvian government for daring to rebel.

France still has many political prisoners.

Whether it be against militants airport Notre Dame des Landes as independence activist left Breton Enguerrand Delanous; the anarchist militant antifascist Damien Camelio; Basque militants (about 150 to be locked up in France); or even Georges Ibrahim Abdallah Communist and pro-Palestinian activist who is in captivity since 1984 for his struggle against imperialism and Zionism.

Zionism also continues to keep imprisoned thousands of Palestinians fighting for their independence.

In the rest of Europe many revolutionary activists are imprisoned as Spain, Italy or Greece.

In the Maghreb countries with the complicity of French imperialism are also held countless progressive and revolutionary prisoners as in Tunisia or Morocco, where there are now more than 280 political prisoners in the prisons ofincluding following the crackdown on February 20.

In all countries where the revolutionary fight pose a threat to the bourgeoisie and capitalism repression strikes and prison hell begins. 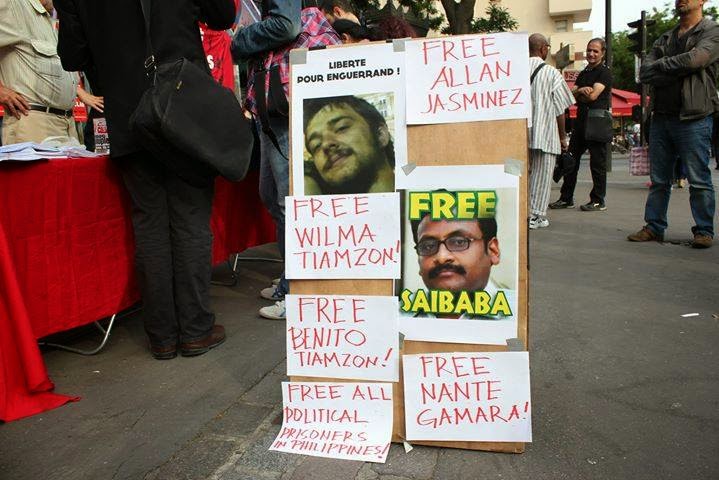 This is the case in India are locked over 4000 prisoners accused of being part of Naxalites as Saibaba Professor at the University of New Delhi, this is also the case in the Philippines where  leaders of  the Communist Party Philippines have recently been arrested and thrown into prison.

Peru since September 1992, President Gonzalo, revolutionary leader of the PCP, has been taken hostage in complete isolation by a corrupt and anti-popular regime supported by imperialism .

Similarly in Turkey, Turkish and Kurdish militants undergo violent repression and torture in the jails of the reactionary regimes.

And we affirm our support to all progressive and revolutionary prisoners around the world who pay their freedom their opposition to injustice, oppression and exploitation of the masses suffer every day. We affirm the rightness of their struggle which is ours and we demand their release.


Long live the international solidarity of the peoples!


Freedom for all revolutionary prisoners!