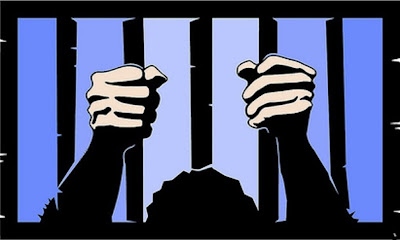 Democracy and Class Struggle call for support for Taksim Prisoners on 12th September 2013 - support these brave and heroic Turkish comrades.

The Party of the Committees to Support Resistance for Communism joins the International Day with Taksim Prisoners called for September 12, about which the Marxist Leninist Communist Party of Turkey and North Kurdistan inform us in the document that reminds us of June uprising of Turkish people’s masses and which is quoted below (Annex 1).

The uprising of Turkish people’s masses was one of the most important expressions of the resistance movement of the people’s masses in the world in latest months. In this regard, they are worth the assessments set by the (new) Italian Communist Party in its statement of 7 June 2013 (Annex 2), which we quote in full. We invite you to study it, according the appeal of Gramsci, because the resistance of the people’s masses in Italy, in Turkey and around the world in order to win needs " of all your enthusiasm", "of all your might", and especially today "of all your intelligence", as he told.

The International Community of European, US and Zionist groups upset by the general crisis of capitalism is no more able to create a steady order for itself. It is no more able to rule the popular revolt advancing in every corner of the world and more and more resorts to openly criminal methods in order to remain in power. Its force is mainly due to the weakness of the communist movement. The rebirth of the communist movement will be its end. The first country that will break the chain of European, American and Zionist imperialist groups will open the way and will also show the way to the people’s masse of the other parts of the world.


Despite the brutal repression of the bourgeois Turkish state, the people lost their fear and bravely resisted against the police attack like on 31st May and 1st June, when the police attacked Gezi Park and the occupied Taksim Square with tear-gas and bulldozers.

From May 31 to June 27, more than 8 thousand people have been wounded by the police terror. Among them at least 60 people are wounded heavily and 11 people lost their eyes. 5 people were assassinated by the state forces, among them the young revolutionary Mehmet Ethem Sarısülük, who was killed by police bullets in Ankara.


During the June Uprising, the revolutionary and communist forces played a significant role, therefore it is very natural that they were the first target of the attacks of the fascist dictatorship and its AKP government.


In order to get revenge of Taksim and to weaken the revolutionary and progressive forces, the AKP has attacked many political parties and organizations such as ESP (Socialist Party of the Oppressed), SDP (Socialist Democracy Party), Atilim Newspaper, Partizan, Ozgur Radio, Etkin News Agency, SGD (Socialist Youth Associations), New Democratic Women, Halkevleri and others, and imprisoned dozens of people. They raided the party buildings, newspaper offices and radios by breaking their doors, seizing or destroying the technical equipments.

Still today, dozens of revolutionaries and communists are in prison. The files are secret and even the date of the trial is still not fixed.


On September 12, the anniversary of the military coup in Turkey, a Day of International Solidarity with the Taksim Prisoners will take place in order to strengthen international solidarity and pressure on the regime in Turkey.


We invite you to join the international actions demanding freedom for the Taksim Prisoners organizing protest meetings in front of the Turkish embassies, informing the people in your country about the resistance in Turkey/Northern Kurdistan, sending solidarity statements, making wall writings and expressing your solidarity in many creative and practical ways.


If you organize any kind of solidarity action, please inform us shortly via email about it so we can publish the results of the International Day of Solidarity with the Taksim Prisoners.


Long live the uprising of Turkish and Kurdish people’s masses!


Since May 28, the uprising of people’s masses extends gradually from Istanbul to the rest of Turkey , a country where the Merloni group is shifting Indesit closing or reducing the factories in Italy, the country whose GDP is growing to the point to compete with the growth of that of the BRICS (Brazil, Russia, India , China, South Africa), the base of support from which the international community of European, US and Zionists imperialists, fuel their civil war in Syria: just on May 28 the summit of foreign Ministers of the European Union had decided to lift the ban on formal legal export of arms to their Syrian rebels.


The Erdogan’s regime is in crisis. Erdogan’s party came to power in Turkey in 2002, more than ten years ago, with the almost unanimous support by the imperialist world system. The international community of Europeans, US and Zionists imperialist groups trusted that he would successfully take the place of the regime headed by the Armed Forces founded by Kemal Ataturk and integrated into NATO, a regime which had come to a standstill against the struggles of people’s masses and of Turkish workers and against the national liberation struggle of Kurdish people’s masses. Erdogan and his party made sure that they relied on Sunni Muslims to make Turkey a paradise for the world imperialist system, a kind of "Democratic regime but under the flag of Muslims rather than that of Catholics". Erdogan was to be the Turkish De Gasperi, its Islamic regime would take the place of the Kemalist regime of the Armed Forces as the Christian Democratic regime had taken the place of fascism [De Gasperi was a Christian democratic leader who was President of the Council of Ministers immediately after the Second World War, Note Of Translator]. It would have been a model for other Muslim countries, where the subordination of feudal and clerical groups was less and less secure and imperialist groups had increasing difficulties to exploit religion for their own purposes .


Now the Turkish and Kurdish people’s masses broke the spell of the Islamic regime subservient to the international community of Europeans, US and Zionists imperialist groups. They can no longer put it as a model to their clients in Egypt, Tunisia and other countries in turmoil .


Whether the Turkish and Kurdish masses will succeed or not to take charge of their history, depends on the ability of the communist parties to fulfill their role. The ongoing uprising of people’s masses will give them a way to test and develop the conception of the world that drive them and the lines of combat that they practice: the victory is possible, but depends mainly on how much the direction is based on dialectical materialism. Our solidarity with Turkish people’s masses consist mainly in promoting the socialist revolution in our country and contribute to the rebirth of the international communist movement, on the solid foundation of Marxism- Leninism- Maoism.


With their uprising, the Turkish and Kurdish people’s masses give us Italians some important lessons.


They have broken the spell of GDP growth. In our country most of the representatives of the bourgeois left, the leaders of the union supporting the regime (CGIL, CISL and UIL) and even some of the leaders of the grass roots and alternative unions base their denounces about the crisis (and therefore the orientation and the awareness they spread among the masses) and their recipes to get out of it on GDP growth, and call and dream and claim GDP growth .


The annual GDP is the sum of the amounts of money in all commercial transactions that are done in the country during the year. It therefore can grow even if the material poverty (not to mention the rest) of people’s masses increases. The transformation of public services in goods (services) increases the GDP. The expulsion from the country of people whose economy is still that of primitive survival and placing them forcedly in a mercantile economy, increases the GDP of India, Brazil and other BRICS and the like. The installation of subsidiaries workings of imperialist economy in the conditions that the recent massacres of workers brought in the news, increases the GDP of China, Bangladesh and other "developing" countries. The emigration of millions of workers that is rampant in the world is a more reliable index than the GDP of the actual conditions that the general crisis of capitalism is creating in the world, of the conditions of the class struggle. This also refutes those who say the current crisis is due to the deregulation of the global financial system, to the constitution or to the mismanagement of the European Union, or to the monetary system of the euro, or the subordination of the authorities of the Italian Papal Republic to the European Union or to the German government.


The uprising of Turkish and Kurdish people’s masses provides valuable material for reflection to all who call, claim or dream adjustments of the system of social relations, the " distribution of labor presently existing", a more egalitarian distribution of wealth and other related pious aspirations.


The uprising of Turkish and Kurdish people’s masses shows that the regimes based on capitalist economy are unstable, that they are a fruitful field for the work of subversion we Communists must accomplish. It therefore urges all those who meditate but are reluctant to set up Committees or National Salvation or a Government of National Salvation that contribute to mobilize the masses to organize themselves against the illegal and illegitimate Letta - Napolitano and Berlusconi’s government.

Throughout the country and at every level of the influential people and organizations that enjoy some prestige among the masses of the people must unite themselves constituting Committees of the National Salvation"!

Only the organized people’s masses can put an end to the crisis of capitalism!


Let’s build underground Party Committees in each factor, school, civil and military institutions and in each place!