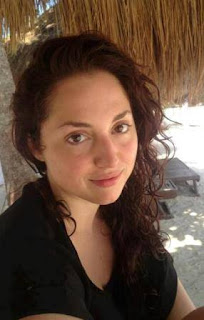 Kim Chatillon-Meunier, a 24-year old Canadian student, is currently being detained in the Philippines by Bureau of Immigration (BI) officials at the BI detention center in Camp Bagong Diwa in Bicutan, Taguig.

According to immigration officials, Kim is placed in a "watchlist" and is being held for attending a rally held on May 22 during the traditional State of the Union Address ...(SONA). BI OIC Commissioner Siegfred Mison was reported to have ordered her detention.
Kim was about to take her flight at 7:10pm tonight for Hongkong, when she was accosted by BI officers and was brought to the above mentioned detention facility.

Kim was a delegate to the International Conference on Human Rights in Quezon City, the Phillippines last July. She also joined the international solidarity and humanitarian mission in Quezon Province prior to the conference. She observed the program of the rally during the SONA address in July.

Kim was primarily in the Philippines for her internship to meet the requirements for the international studies program of the University of Montreal, a program partially funded by the Canadian government. She joined in the research and documentation of the reproductive health conditions of women in communities in Tondo, Manila.

The Philippine Human Rights organization, Karapatan, has condemned this "blatant harassment and violation of rights" of Chatillon-Meunier and pointed out that the BI and the Aquino administration recently also detained Dutch citizen Thomas van Beersum for attending the SONA rally.

"They are violating Chatillon-Meunier's fundamental right to free expression and her right to study and support human rights issues in the Philippines," writes Karapatan. "We call on the BI to immediately release Kim and allow her to go home to Canada. We likewise demand that such blacklists/watchlists should be withdrawn or scrapped by the BI, as these are tools for harassment and suppression of fundamental rights."
Posted by nickglais on 9/14/2013 11:52:00 AM