Nepal : Maoist Strike in Kathmandu Valley : The Provenance of 'Boycott' a letter to Republica by Peter Tobin 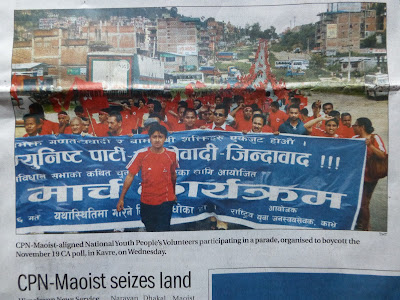 Democracy and Class Struggle
are pleased to publish report on Maoist Strike in Kathmandu Valley has part of CPN Maoist boycott strategy for upcoming Elections from our comrade Peter Tobin.
Friends, Comrades,
Below is letter from me published in today's Republica - a Nepalese national daily.  I sent it to coincide with today's Maoist strike (bhanda) in Katmandu and Valley area as part of the boycott strategy. The shutdown was complete and thousands of young Maobaadi manned the picket-lines. 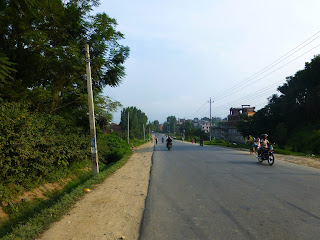 The photos above show the normally busy ring road deserted and others show it being enforced in a small town in the hills (even the children joined in and I too was invited to hold a red flag on the line. 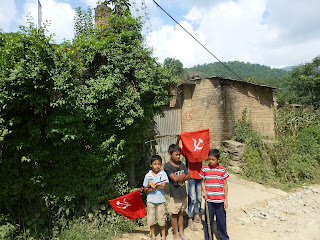 The first picture at top is from today's paper showing a march and rally yesterday in Kavre - a town outside Kmandu.

The fouth photo shows me with cde Prankanda (Khadka Bahadur Bishwakarma) one of the leading proponents of a militant boycott and a successful PW battlefield commissar -who has stated: 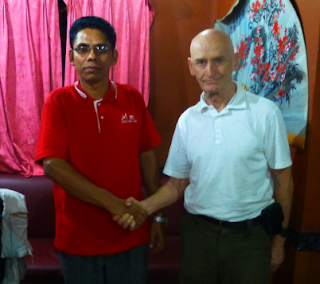 "We sustained a People's War - a boycott will not be difficult."