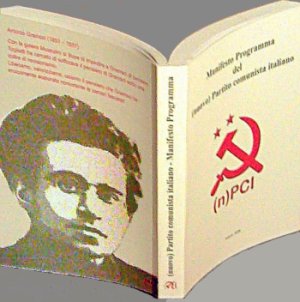 The campaign of persecution against Communists goes on in our country and throughout Europe. Once again, the judiciary, in this case, the public prosecutor at the Court of Bologna makes a fresh attempt against the (new) Italian Communist Party and the organizations that share its plan to make Italy a socialist country and cooperate with it.

On 8th February at the Court of Bologna a trial will begin against twelve comrades accused of “subversive association for purposes of terrorism”(item 270 bis of Penal Code), charge built by fascist regime and implemented by the fascists special courts to incarcerate hundreds of communists and anti-fascists, Antonio Gramsci included. Among the comrades investigated in Bologna there are Giuseppe Maj, Pietro Vangeli, Giuseppe Czeppel, Manuela Maj, Massimo Amore, Marco Proietti Refrigeri, Paolo Babini, members of the (n) PCI, of the CARC Party or of the Association of Proletarian Solidarity.
We denounce the campaign that the judiciary, commissioned by all the Italian governments for decades until that of Berlusconi and the present one, carries out for such a long time against the new birth of the communist movement in our country. This is the eighth investigation always for the same charge and always against the “caravan” of (n) PCI, which includes all the forces that since 1980 have worked with determination for the new birth of the communist movement and for the reconstruction of the Communist Party in our country. All previous investigations were concluded with the dismissal or with nonsuit judgment. Also this investigation, started in 2003 by Public Prosecutor Giovagnoli, ended in 2008 with a nonsuit judgment, but in January 2010, the Supreme Court upheld the appeal of the Public Prosecutor of Bologna against it and gave the green light to resume the legal proceedings.
In the meantime, the zealous persecutor of the moment, the Public Prosecutor Giovagnoli, has been promoted chief of Prosecutor’s Office in the city of Rimini: he has had a career, like all hardworking servants of the state ready for any dirty work against the Italian and immigrants masses! The Prosecutor’s Office of Bologna and some of its judges are always staying on the cutting edge for their activities of inquisitors and dispensers of the crime of association: starting from the investigation against four comrades of CARC Party, of ASP and of the Struggling Workers Union accused to have promoted the democratic watch and to have worked to publicize the faces of police officers through the publication of photos on the site “Cop Hunt” [http://cacciaallosbirro.awardspace.info/] realized by the (n) PCI, to the investigation that led to the closure of the social center Fuoriluogo and a wave of house searches and arrests in a dozen cities on charges of having organized the raid against the Center of Identification and Expulsion of immigrants in Bologna and against some banks.