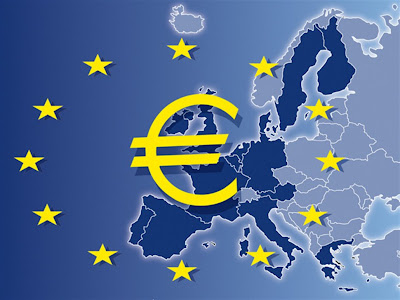 Europe has been plunged into a fresh crisis after France admitted it had been stripped of its coveted AAA rating in a mass downgrade of at least half a dozen eurozone countries by the credit ratings agency S&P.
Share prices plunged, the euro dropped to a 16-month low against the dollar and the European Central Bank was forced to step in to buy Italian bonds after European sources admitted action by the credit ratings agencies was imminent.
Bringing an abrupt end to the uneasy calm that has existed in the eurozone since the turn of the year, the heavily-trailed S&P move rekindled financial market anxiety about a Greek default and possible break-up of the single currency.
Nicolas Sarkozy was due to go on national TV to explain the humiliating loss of France's top-rated status, leaving Germany as the only other major economy inside the eurozone with a AAA rating. French finance minister François Baroin downplayed the move, saying it was "not a catastrophe".
Source  Guardian Newspaper UK

Italy and Spain were also downgraded,but Germany kept its AAA rating.
Austria, like France has lost its top AAA rating, and been downgraded to AA+. Its economy exports a lot to recession-struck Italy, while its banks are facing losses on subsidiaries they own in financially troubled Hungary.
Most other governments are on lower ratings already. S&P's rating of Italy - currently at the epicentre of the crisis - has been cut two notches from A to BBB+.

The agency downgraded the ratings of Cyprus, Italy, Portugal and Spain by two notches. It also lowered Austria, France, Malta, Slovakia and Slovenia by one notch.