The Italian State has decided to attack leading forces of the resistance to austerity in Italy - the (new) PCI, the CARC and the ASP 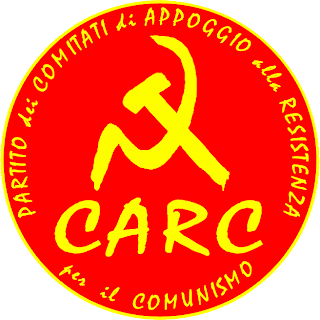 The Italian State has decided to attack leading forces of the resistance to austerity in Italy.

The attack by the Italian State is focused on :

The CARC and the resistance to austerity

The Association for Proletarian Solidarity which fights racism against migrant workers.

Comrades Giuseppe Maj, Pietro Vangeli, Giuseppe Czeppel, Manuela Maj, Massimo Amore, Marco Proietti Refrigeri, Paolo Babini, members of the (n) PCI, of the CARC Party or of the Association of Proletarian Solidarity are being put on trial in Bologna on the 8th February accused of “subversive association for purposes of terrorism”(item 270 bis of Penal Code), charge built by fascist regime and implemented by the fascists special courts to incarcerate hundreds of communists and anti-fascists, Antonio Gramsci included.

We call for support from communist and progressive organisations in Britain to join us at the Italian Embassy on the 8th February to protest the trial in Bologna of our Italian brothers and sisters.