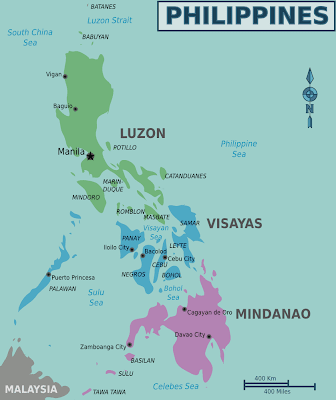 Communist Party of the Philippines

The leadership and the entire membership of the Communist Party of the Philippines (CPP), the Red fighters of the New People's Army (NPA) and all the revolutionary forces greet the entire Filipino nation on the eve of 2012, the New Year.
In the face of the US-Aquino regime's intransigence in perpetuating its worn-out pro-imperialist, pro-landlord and onerous policies, the coming year will surely be marked by worsened economic and living conditions of the people. The much-vaunted "straight road of righteousness" is a straight and fast one only for big businessmen, foreign big capitalists and bureaucrat capitalists in Aquino's government. For the people, Aquino's "road" is no different from the path well-trodden by past reactionary regimes in the last 30 years.
Aquino's claims that our lives will be changing for the better in the coming year is pure deception, since he has in fact changed nothing about existing laws and policies. What changes will Aquino bring in 2012? More burdensome tax. Higher prices of gasoline, medicines, transport fare, education, health services and other basic needs. Reductions in the real wages of workers and ordinary employees. More demolitions to give way to the projects of Aquino's big businessman-friends. An even bigger external debt. Worsened poverty in the countryside due to the absence of land reform. More foreign companies plundering the environment and extracting our natural resources. Big businessman-friends of Aquino growing even wealthier and the Filipino people sinking ever deeper in the quagmire of poverty.
This new year, let us anticipate the great struggles that we need to wage in the coming year. Let us unit the broad masses against the US-Aquino regime and its anti-people undertakings. In particular, let us unite against the US-Aquino regime's "chacha" scheme to amend the reactionary 1987 constitution. This is one of the biggest measures planned by Aquino in compliance with the dictates of his imperialist masters. This aim to completely surrender the Philippines' economic sovereignty and patrimony.
Let us also prepare to launch major struggles against demolitions, mass layoffs, new tax burdens, increasing electricity and water rates, gasoline prices and others. The workers must struggle for higher wages. They must fight for national industrialization. Let us unite the peasant masses across the country to intensify the struggle for land reform. The minority people must unite with the rest of the people to intensify the struggle against the plunderous foreign mining corporations and plantations.
This coming year, let us thoroughly expose and resist bureaucrat capitalism under the US-Aquino regime, especially the latter's use of state power to favor Aquino's friends in big business and their foreign corporate cohorts. Let us be ready to struggle against intensified US military intervention. The people must steel their courage in waging allout resistance to Oplan Bayanihan and the AFP's brutality this year and in the coming years.
The Red fighters of the New People's Army and all NPA units and commands are pulling all stops to gain more strength and raise their capability to launch more and bigger tactical offensives this year. The NPAwill not allow AFP units to rest and will take advantage of all opportunities to deal blows on the fascists in order to stop them from ravaging and meting cruel blows on the people. This 2012, the NPA will be in a position to seize more weapons than ever before to arm ever bigger numbers of recruits. The US-Aquino regime will reel from the bigger tactical offensives and the body and head blows inflicted by the NPA on the enemy's fascist machinery.
Let us welcome the New Year with renewed determination to advance along the path of revolutionary struggle. Let us brace ourselves for advancing the people's revolutionary movement in an unprcedented way. Let us give our all in bringing the people's war to a new and higher stage.
Posted by nickglais on 1/04/2012 11:07:00 AM