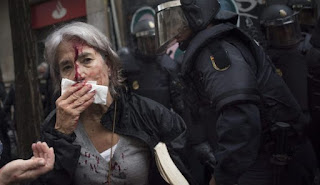 Democracy and Class Struggle and Revolutionary Praxis differ fundamentally on the Question of Catalonian Independence.

Harry Powell of Revolutionary Praxis writes - The Pro-Independence parties received 47.6% of votes cast while the Anti-Independence Parties received 53.9% of votes cast. Hardly an overwhelming victory for the petty nationalists. The main problems faced by the people of Catalonia are the same as in the other capitalist countries of Western Europe; high unemployment, drastic housing shortages, stagnant and falling living standards, etc. These will not be resolved by the establishment of a petit bourgeois republic.

Nicholas Glais of Democracy and Class Struggle writes :
Harry the independence vote increased to over 2 million bigger than independence referendum in October despite imprisonment and repression by Spanish State ( which you seem to ignore) - you dismiss the fight for democracy and self determination in Catalonia just to petty bourgeois nationalism and cannot see its democratic essence of the struggle - you are providing left cover for Rajoy and repression of the Catalan People just like the neo liberal Socialist Party or left Catalunya en Comu. 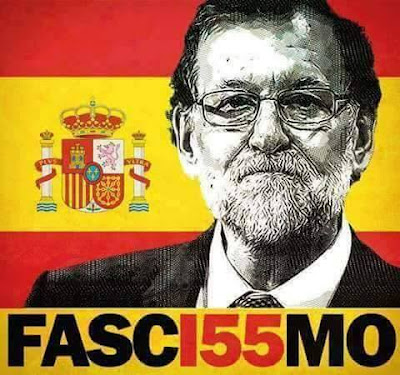 I'm against internecine fallouts, but at the same time politics that are ultimately detrimental to the interests of the international proletariat have to be clearly exposed and vigorously combatted

We, the Russian Maoist Party, are quite agree on this point.