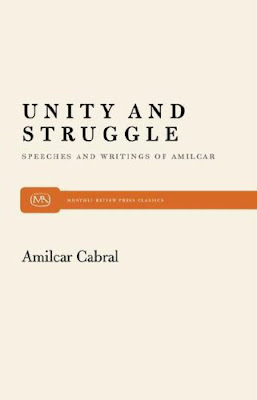 Democracy and Class Struggle has always placed a high value on the theoretical contributions of Kevin Rashid Johnson  to the rebirth of Marxism Leninism Maoism in the 21st Century and this latest article is an answer to the theoretical and practical confusion generated by the Occupy Movement on questions of organisation, authority and leadership. Kevin Rashid Johnson is truly the George Jackson of our time.

The article following this one addresses the difficult personal situation in prison in Virginia of Kevin Rashid Johnson  - please sign the petition below to help this comrade.


http://www.change.org/petitions/virginia-department-of-corrections-stop-the-harassment-of-kevin-rashid-johnson?utm_medium=facebook&utm_source=share_petition&utm_term=friends_wall
Introduction
The object of a revolutionary organization is to unite (and unite with), mobilize, organize and lead masses of oppressed peoples to achieve fundamental economic, political, cultural, and social change and collective security.

Founded in 2005, the New Afrikan Black Panther Party-Prison Chapter arose within the most oppressed stratum of U.S society, (namely amongst prisoners), to take up the banner of revolutionary struggle in the interests of New Afrikans and all oppressed and exploited peoples. We aspire to become,
but are not as yet a formal and functional vanguard party.
We will be formally constituted once we transition to the outside, hold a founding Congress and elect a free world Central Committee  and Executive Committee (Politburo). We will be functionally constituted only when the oppressed urban masses voluntarily embrace us as their revolutionary leadership.
Even as we remain a prison-based organization, we share an important revolutionary role which is to transform these prison plantations into liberation schools. This is the first phase of our Party’s strategy, which coincides with our having been founded inside the prisons.
The second phase of our strategy, which is largely consigned to the outside Party once established will be to transform the oppressed urban communities into base areas, where a new revolutionary economic, social, political and cultural life, and collective security will take root and thrive.
These two phases tie into a broader strategy of building a worldwide united front to overthrow this capitalist-imperialist system.
At this point comrades are still in need of practical guidance, and ideological and organizational clarity on building and consolidating a solid Party structure and mass revolutionary movement around us.
These are issues relevant to both the Prison Chapter and building the outside Party. Related questions and critiques have also been presented, some long outstanding, by our supporters and detractors alike concerning methods of building an effective political movement appropriate to existing conditions.

Some of these people of course, don’t understand or outright reject the need and importance of revolutionary leadership and organization. There is also the question of who must comprise this leadership. These are the issues we would like to address here.