March Along the Path of People’s War to Smash the Reactionary State and Establish a New Democratic State! 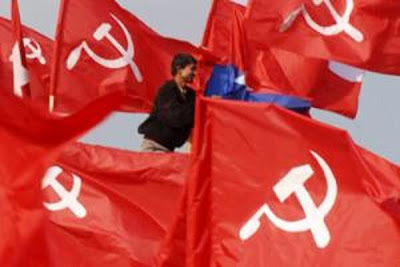 Thanks to Next Front for republishing this statement of 13th February 1996 on the 17th Anniversary of Peoples War in Nepal - Democracy and Class Struggle.

The following is a commentary by the Next Front

(This time we are posting the historic leaflet, which was distributed in hundreds of thousands of copies all over the country at the time of the great initiation of the People’s War on 13 February 1996. Since then 17 years have passed. The mission of People’s War has not fulfilled. The revisionists abandoned the People’s War. They have turned themselves into the true renegades of 21st  century. Now they are in practice of bourgeois democracy. But the class struggle is not ended, the People’s War is going on. In fact, the new phase of People’s War has begun. Revolutionaries have raised the flag of revolution . Dear Comrades ! let us march Along the Path of People’s War! It is Right to Rebel! Red salute ! to our great Martyrs)

Dear Masses of the People,
What is clear from the above historical and current facts is that the present crisis-ridden condition of the country is the result of the development of contradictions between the exploitation and oppression of the people by the state power of the feudals and comprador and bureaucrat capitalist classes, on the one hand, and the relentless struggle carried out by the people against it, on the other. To defend their moribund and crisis-ridden reactionary state, feudalism and imperialism have openly imposed an unjust war on the Nepalese people. If the Nepalese people cannot raise the banner of a just people’s war against this unjust war and become victorious in it, the Nepalese people and the Nepalese nation will be doomed to a prolonged darkness.
Conscious of one’s duty towards this historical necessity, the Communist Party of Nepal (Maoist), the proletarian party of the sons and daughters of the masses of the people, has resolved to initiate the process of forcibly smashing this reactionary state and establishing a New Democratic state. This resolve of ours is based on the feeling of service and devotion toward the people, on the commitment to the lofty ideology of Marxism-Leninism-Maoism to free humanity forever from the yoke of class exploitation, and on the study of the history of Nepalese society in that light. We are fully conscious that this war to break the shackles of thousands of years of slavery and to establish a New Democratic state will be quite uphill, full of twists and turns and of a protracted nature. But this and this alone is the path of people’s liberation and a great and bright future. This path will unfold by making use of all forms of struggle in keeping with the historical stage of development of Nepal and principally, as we have been saying all along, according to the strategy of encircling the city from the countryside, with agrarian revolution as the axis and from the midst of and in conjunction with the rural class struggle. This process of people’s war in the context of the present balance of forces will move forward through the process of people’s guerilla war within the stage of strategic defence. We are confident that the masses of the people of all classes and categories will extend active support and help to this revolutionary process and that it will be victorious. Besides this, we are conscious and confident that this struggle will win support and help from the communist revolutionaries and struggling masses the world over, and that this will in turn assist all those revolutionaries. Because this struggle of ours will be part and parcel of the world proletarian revolution undertaken with a view to ending exploitation and oppression of man by man and to ending war itself forever. In this context we would like to make special mention of the ongoing people’s revolution in Peru based on Marxism-Leninism-Maoism and the Revolutionary Internationalist Movement (RIM) and revolutionary movements the world over based on the same.
Finally, we appeal to the workers, peasants, women, students, teachers, intellectuals and the masses of the people of all categories and trades to march along in the process of people’s war for establishing a people’s New Democratic state and to extend to it all forms of support and help.

It is Right to Rebel!


Down With the Reactionary State!