Alain Badiou - Save Greeks from their Saviours ! 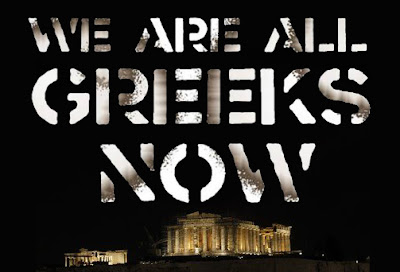 At a time when one Greek youth is unemployed. Where 25,000 homeless wander the streets of Athens. Where 30% of the population has fallen under the poverty line and where millions of families are forced to place their children in the care of someone else in order for them not to die of hunger or cold, where refugees and the new poor compete for trashcans at the public dump, the “saviors” of Greece, under the pretext that “Greece is not trying hard enough”, impose a new aid plan that doubles the lethal administered dose. A plan that abolishes the right to work and reduces the poor to the most extreme misery, at the same time as it makes the middle class disappear.