Unemployment in Britain at 17 year high of more than 2.5 million with record levels of youth unemployment 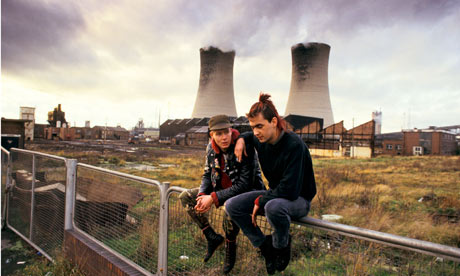 UNEMPLOYMENT has reached a 17-year high of more than 2.5 million with youth joblessness at record levels, official figures revealed yesterday.
The statistics showed the UK jobless total jumped by 27,000 in the three months to January to 2.53m, the worst figure since 1994, while the number of 16 to 24-year-olds out of work increased by 30,000 to 974,000, the highest since records began in 1992.
In Wales, unemployment was up by 2,000 over the quarter, to 126,000.
Overall UK figures showed the unemployment rate for young people rose by 0.8% to 20.6%, also a record high.
Union Leaders hit out at the Westminster Government’s spending cuts, arguing they have pushed up unemployment, despite the recession having ended more than a year ago.
Brendan Barber, the TUC general secretary, said: “Today’s figures are shocking.
“Over a year after the recession technically ended unemployment is now at its highest level since the mid-1990s, with 2.53m people out of work.
“The increase in the unemployment rate for young people is of real concern. Youth unemployment is at a record high – with more than a fifth of young people unable to find jobs, the risks for the future are real.
“While the fall in the numbers claiming the dole is welcome, the number of jobs available in the economy has also fallen and there are over a million people in part-time work seeking permanent jobs.
“These figures show that the jobs recovery is still some way off. Public sector employment has already fallen 39,000 between September and the end of last year, and, with thousands more redundancies still to come – for example, in local authorities – this is no time to be cutting back on support programmes for the unemployed.”
Unite general secretary Len McCluskey said: “The Government’s aloof response to mounting unemployment will give no confidence that it is committed to growth or it understands that, not only is it stimulating unemployment, it is also stimulating a rise in insecure work.
“It is not just joblessness we need to fear but job insecurity and low-waged work. How can this be deemed growth?”
But Mr Grayling said there had been a “welcome drop” in the number of those on benefits, adding: “The rise in overall unemployment is a real concern and underlines the need to press ahead with policies which will further stimulate growth in the private sector.
“For those on benefits who are now looking to make the transition into the workplace, our new Work Programme will provide tailored support to get them into jobs.”
Shadow work and pensions secretary Liam Byrne said: “All over Britain, families now face a summer of struggle and the Tory-led Government has got to step in to help. You can’t get the deficit down without getting people into work and paying taxes.”
In Wales, claimant count dropped by 1,100 in the past month – now standing at 70,300.
Deputy First Minister Ieuan Wyn Jones said the “overall picture remains one of fragility”.
He added: “Despite a slight rise in the number of people with jobs in Wales it is clear that we cannot afford to take any risks with our economic recovery. Despite the significant cuts to our budget, the £105m capital investment we announced yesterday will provide a welcome boost to the Welsh economy, particularly in the hard-pressed construction sector.
“We will continue to do what it takes to attract and develop well paid, high-quality jobs to ensure we maintain this improvement and drive forward our economic recovery.”
Welsh Secretary Cheryl Gillan said the unemployment situation in Wales remained “choppy”.
She said: “We must continue to work together to overcome the legacy left to us by the previous Government.
“Economic inactivity in Wales remains higher than elsewhere in the UK, apart from Northern Ireland and the North East, while the employment rate remains the third lowest in the UK.”
Ian Brinkley, director of socio-economic programmes at The Work Foundation, said: “The rise in unemployment has been largely felt by the young, increasing numbers of whom are becoming long-term unemployed, a clear warning of big problems to come.”
Posted by nickglais on 3/17/2011 01:12:00 PM