Stop the Attack on Libya! Liberation can only be achieved by the Libyan and Arab peoples themselves - Anti-imperialist Camp 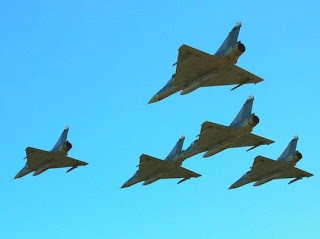 Stop the Attack on Libya!

The United States and their allies have started a neo-colonial attack on Libya, to intervene in a civil war and to install a pro-western regime, and last but not least, to halt the anti-imperialist dynamics of the democratic revolutions in the Arab world.
The rhetoric of support for the democratic movements is simply ridiculous. The best counter-example are the Gulf states. In Bahrain, they are striking at the democracy movement in a bloody crackdown in the name of order—i.e. capitalism and imperialism—and stability. The same Gulf regimes cheekily do some Arab cheerleading for the western attack. The west itself is no less dishonest. For decades they nurtured Arab dictatorships to control the region. Until the very end the west firmly stood by Mubarak in Egypt, Ben Ali in Tunisia etc., and western support for the worst dictatorship in the region—Saudi Arabia—is undounted.

They had also made peace with Qaddhafi, did wonderful business with him and put him in charge of keeping unwanted African migrants out of the EU. But as opposed to the organically capitalist and pro-western dictatorships in Tunisia and Egypt, Qaddhafi remained a capricious and unpredictable partner. On the other hand, there hasn’t been an organised leftist opposition in Libya to initiate the democracy movement like they did in the neighbouring countries.

Under these circumstances, the west seized the opportunity to halt the dynamics of the Arab revolutions. In Tunisia and in Egypt, the United States and their allies were still backing the regimes behind the scenes; in Libya, they played the supporters of the democracy movement without having to abandon an oligarchy that had been a western ally. They calculated that there would be the chance to have control over whoever comes after Qaddhafi, or in other words: the ideological gains against the pan-Arab democracy movements outweigh the potential harm resulting from the loss of an unloved ally.

We do not believe that the revolt in Libya was instigated or directed by the west or even stage-managed by agents. It was simply the spark from Tunisia and Egypt that lit the fire in Libya as well. Who would blame the Libyans for their desire to get rid of a dictatorship that has been distributing the oil wealth in a very uneven way and at the same time has been collaborating with imperialism?

However, the course of events in Libya differs from the neighbouring countries. In Tunisia and in Egypt, the regimes have remained intact. The pro-western militaries removed the repulsive tip of the iceberg and hoped to remain in power. In contrast the regime in Libya seemed to simply collapse. Relevant parts of the army broke away under the political attack. Not only the Qaddhafi clan itself was under threat, but the ruling oligarchy and all its clients couldn’t feel safe any longer. In addition, there is talk about “tribal” loyalties. Qaddhafi thus survived and was even able to counter with an offensive.

The rebellion needed to build a revolutionary regime—to big a task, as it turned out. In the days after they captured Benghazi, there building that housed the Popular Committee was draped in a huge banner that read in English: “No foreign intervention—Libyan people can manage it alone.” Half a dozen armed British agents were captured by the rebels and expelled from the country. Shortly after that, the position of the reactionary opposition in exile prevailed. We can assume, that various western forces were involved in this change. Soon the banner was gone and the Committee of Benghazi called for a western military intervention.

The movement has thus lost its progressive direction. An opposition that relies on the firepower of imperialism is worse than a regime that in its final hour puts on anti-imperialism once more.

The chances to defend Benghazi had not been too bad, actually. Qaddhafi may have remnants of a conventional army, that can still operate artillery. But Qaddhafi’s desperate henchmen would hardly be able to fight house to house against their own people, against popular resistance. Not even US soldiers, who are fully indoctrinated and filled with chauvinist hatred, are capable of that. But repelling an attack by the west is something different.

Potentially anti-imperialist forces in Libya are in a difficult position right now. They have to fight on three fronts—politically and maybe even militarily. First, against the western attack, then against both Qaddhafi and the lackeys of the west in Benghazi. This is the only way to restore the political force of the popular uprising and its legitimacy in the eyes of the Arab people and other forces world-wide, who fight against imperialism and capitalism.

As in Tunisia and Egypt, a rallying point for the anti-imperialist popular opposition could be the demand for a constituent assembly.