Libya and the World Left by Immanuel Wallenstein 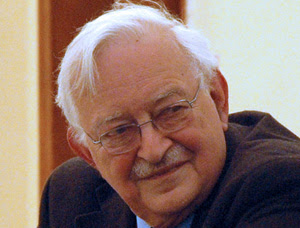 There is so much hypocrisy and so much confused analysis about what is going on in Libya that one hardly knows where to begin. The most neglected aspect of the situation is the deep division in the world left. Several left Latin American states, and most notably Venezuela, are fulsome in their support of Colonel Qaddafi. But the spokespersons of the world left in the Middle East, Asia, Africa, Europe, and indeed North America, decidedly don’t agree.

Hugo Chavez’s analysis seems to focus primarily, indeed exclusively, on the fact that the United States and western Europe have been issuing threats and condemnations of the Qaddafi regime. Qaddafi, Chavez, and some others insist that the western world wishes to invade Libya and “steal” Libya’s oil. The whole analysis misses entirely what has been happening, and reflects badly on Chavez’s judgment – and indeed on his reputation with the rest of the world left.
First of all, for the last decade and up to a few weeks ago, Qaddafi had nothing but good press in the western world. He was trying in every way to prove that he was in no way a supporter of “terrorism” and wished only to be fully integrated into the geopolitical and world-economic mainstream. Libya and the western world have been entering into one profitable arrangement after another. It is hard for me to see Qaddafi as a hero of the world anti-imperialist movement, at least in the last decade.
The second point missed by Hugo Chavez’s analysis is that there is not going to be any significant military involvement of the western world in Libya. The public statements are all huff and puff, designed to impress local opinion at home. There will be no Security Council resolution because Russia and China won’t go along. There will be no NATO resolution because Germany and some others won’t go along. Even Sarkozy’s militant anti-Qaddafi stance is meeting resistance within France.
And above all, the opposition in the United States to military action is coming both from the public and more importantly from the military. The Secretary of Defense, Robert Gates, and the chairman of the Joint Chiefs of Staff, Adm. Mullen, have very publicly stated their opposition to instituting a no-fly zone. Indeed, Secretary Gates went further. On Feb. 25, he addressed the cadets at West Point, saying to them: “In my opinion, any future defense secretary who advises the president again to send a big American land army into Asia or the Middle East or Africa should have his head examined.”
To underline this view of the military, retired General Wesley Clark, the former commander of NATO forces, wrote an op-ed for the Washington Post on Mar. 11, under the heading, “Libya doesn’t meet the test for U.S. military action.” So, despite the call of the hawks for U.S. involvement, President Obama will resist.
The issue therefore is not Western military intervention or not. The issue is the consequence of Qaddafi’s attempt to suppress all opposition in the most brutal fashion for the second Arab revolt. Libya is in turmoil because of the successful uprisings in Tunisia and Egypt. And if there is any conspiracy, it is one between Qaddafi and the West to slow down, even quash, the Arab revolt. To the extent that Qaddafi succeeds, he sends a message to all the other threatened despots of the region that harsh repression rather than concessions is the way to go.
This is what the left in the rest of the world sees, if some left governments in Latin America do not. As Samir Amin points out in his analysis of the Egyptian uprising, there were four distinct components among the protestors – the youth, the radical left, middle-class democrats, and Islamists. The radical left is composed of suppressed left parties and revitalized trade-union movements. There is no doubt a much, much smaller radical left in Libya, and a much weaker army (because of Qaddafi’s deliberate policy). The outcome there is therefore very uncertain.
The assembled leaders of the Arab League may condemn Qaddafi publicly, but many, even most, may be applauding him privately – and copying from him.
It might be useful to end with two pieces of testimony from the world left. Helena Sheeham, an Irish Marxist activist, well-known in Africa for her solidarity work there with the most radical movements, was invited by the Qaddafi regime to come to Libya to lecture at the university. She arrived as turmoil broke out. The lectures at the university were cancelled, and she was finally simply abandoned by her hosts, and had to make her way out by herself. She wrote a daily diary in which, on the last day, Mar. 8, she wrote: “Any ambivalence about that regime, gone, gone, gone. It is brutal, corrupt, deceitful, delusional.”
We might also see the statement of South Africa’s major trade-union federation and voice of the left, COSATU. After praising the social achievements of the Libyan regime, COSATU said: “COSATU does not accept however that these achievements in any way excuse the slaughter of those protesting against the oppressive dictatorship of Colonel Gaddafi and reaffirms its support for democracy and human rights in Libya and throughout the continent.”
Let us keep our eye on the ball. The key struggle worldwide right now is the second Arab revolt. It will be hard enough to obtain a truly radical outcome in this struggle. Qaddafi is a major obstacle for the Arab, and indeed the world, left. Perhaps we should all remember Simone de Beauvoir’s maxim: “Wanting to be free yourself means wanting that others be free.”
Source:http://www.iwallerstein.com/libya-world-left/
Posted by nickglais on 3/16/2011 03:10:00 AM