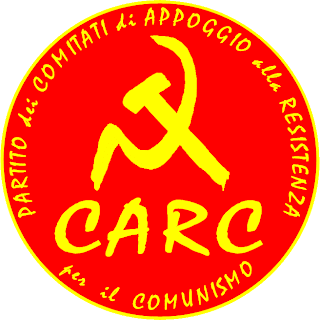 The imperialist powers headed by France, Britain and the U.S. have triggered a war of aggression against Libya for getting rid of Gaddafi that, although he broke the anti-imperialist role he played for years after the success of the anti-colonial movement in 1969, remains however, a collaborator unreliable to make a strong clutch at country’s natural resources and to roll back the revolution taking place in Arab countries.

The speculators who starve the world, the accomplices of the Israeli Zionists, the killers of civilians in Afghanistan and Iraq are posing as champions of democracy and human rights, hiding behind the fig leaf of a resolution passed by a body in the service of Washington government and the Zionists.

They deliberately ignored the proposal made by the Venezuelan government and supported by the countries of ALBA (Bolivarian Alternative of the Peoples Alliance for Our America) to form a “Commission for International Humanitarian Peace and integrity of Libya , to send observers and to work to mediate between the parties, in order to avoid a military attack in the country and within the international community’s efforts to help Libyan people”, and gave the green light to the “group of the willing criminals” that had already turned the engines of the Tornado airplanes.

The campaign of misinformation and public intoxication in which the bourgeois mass media paved the way to a military attack (do you remember the “weapons of mass destruction” of Saddam Hussein?) hammered at the fact that “ they are the Benghazi rebels who ask the West to intervene to stop the massacre of civilians.”

Even if we grant for the sake of argument about these “requests for help,” it would not be the first time that the imperialist forces maneuver, infiltrate, corrupt and conspire to transform organizations and popular movements in an instrument to be used to their own purposes. Why are British SAS special forces agents and soldiers working in Libya for weeks? Is it by chance that the Chief of Staff of the rebel army is a Libyan former general recently returned in Libya after having been for twenty years “exile” in United States?

As it is not the first time that movements and organizations promoted and fed for counter-revolutionary purposes by the imperialist forces turn against their own patrons.

The ongoing revolutions in the Arab and Muslim countries have alerted the ringleaders of world imperialism that are doing something to salvage whatever possible of their “world order” that is falling to pieces under the joint pressure of the new wave of proletarian revolution and of the gang war between the imperialist robbers. The uncouth rush to decide who more and better is bombing Libya, the struggle for control of operations, the dissociation of the German Government, the military will to be at the centre of attention by the French Government and the disintegration of the “group of the willing criminals” reflect the clashes, the tensions, the bitter struggle among the imperialist groups: too many and too sharp are the differences, the special interests, the competition for a major role in the division of the spoils, the fear of inflaming the anti-feudal and anti-imperialist New Democratic Revolutions going on in the Arab and Muslim countries!

The Berlusconi’s government joined the initiative of the “group of the willing criminals.” It is the fourth time (after Yugoslavia, Iraq and Afghanistan) that the Italian bourgeoisie and its center-right and center-left governments, openly violating the Constitution, drag our country into a war of aggression passed off as a “humanitarian mission”.

This time is to “protect civilians” the same population that our interventionists keep and force in barbaric and inhumane conditions when landing on Lampedusa island! The hairsplitting of the Northern League, the firm support of the Democratic Party, the praise of the “defender” of the Constitution Napolitano [the President of the Republic, Note of Translator], the ambiguous statements by the CGIL [the biggest Italian trade union, Note of Translator] (first it supports the creation of the no-fly zone then, after the bombing started, calls for “a political and diplomatic initiative“), the blessing of the Vatican hierarchy are the umpteenth, further confirmation that the Berlusconi’s gang is a sinking boat, but above all that the “holy alliance” of those who put the profits of the capitalists, the financiers of capital gains, the balance of public accounts above everything and everyone, of those who cannot conceive of other civilization than to produce for making profit, can only drag us toward new world wars and the devastation of the planet.

The peace movement is on the move: sit in, mobilizations, action against the headquarters of ENI [Hydrocarbons National Board, that has plants in Lybia, Note of Translator]... The Network “Disarmiamoli” has launched an appeal to make a national demonstration in Naples, the headquarters of U.S. naval forces in Europe, the headquarters of the naval forces of Africa Command and those of the Allied Joint Force. Inside the CGIL they are multiplying the stances against the war and the intricacies of Camusso [General Secretary of CGIL, Note of Translator ]: the struggle against military action in Libya is an integral part of the general, political and widespread strike!

Some components of the peace movement have appealed to make a national demonstration in Mineo, in Sicily, to free refugees detained in a lager of the State (CIE: Center for Identification and Expulsion) with an action of social disobedience and allow them to move freely, in various European countries. Let’s answer to imperialist war, making the country ungovernable by the Berlusconi’s gang, developing a broader mobilization against the war (strengthened by the experience of the No War movement which developed in the U.S. against the war in Iraq), civil disobedience against racist measures taken against refugees, supporting the riots in the CIEs, refusing to pay increased fees for the costs of the war, promoting strikes and sabotage in the factories that produce weapons and seek to do lucrative business. Against imperialist war everything that is in the interest of the masses is legitimate, even if it is illegal!

Not a penny for the government of war, poverty, racism!

Not a soldier for the war of aggression against the masses of the people of Libya and other Arab countries!

Let’s throw out the government of war, nuclear power and misery!

- to eliminate immediately the worst effects of the economic and environmental crisis and prevent its recurrence despite the crisis of capitalism that is rampant throughout the world,

- to start the rebirth of the country and establish links of solidarity, cooperation and exchange with countries willing to establish with us, because they too want to escape the grip of the imperialist world system.
Posted by nickglais on 3/24/2011 10:32:00 AM

What is wrong with nuclear power?