Take this book to activists to educate them about the Adivasi and Maoist Struggle in India - order copies now !

A selection of articles from India about the struggle of indigenous tribes against the seizure of their land and resources by transnational companies. The Indian State has launched a major military assault called Operation Green Hunt to try to crush the resistance of these poor and discriminated against people. The Maoist communists, who have long been waging rural armed struggle against the Indian State, are involved in this resistance movement.

The book is 76 pages long and contains articles by Amit Bhattacharyya, Radha D'Souza, Satnam and Buta Singh and interviews with G.N Saibaba on Operation Green Hunt.

There is also the latest interview with Ganapathy General Secretary of CPI Maoist and interviews with Kisenji.

The book contains the full statement issued 14th February 2010 by the Co-ordination Committee of Revolutionary Communists of Britain on Solidarity with India's Indigenous Tribes against Social Discrimination and International Mining Exploitation. 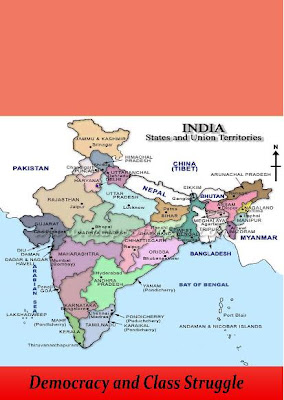