Stop Encounter Killings In The Name Of Countering Maoism! 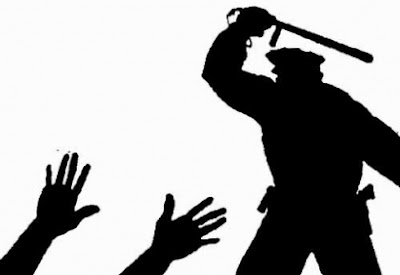 While the AP police have claimed that they were killed in gun battles in two different incidents in Prakasam and Warangal districts, there are strong grounds to believe that the two Maoist leaders were first arrested in Maharashtra, taken back to AP and then shot in cold blood.

The use of assassination, kidnapping and torture by the forces of the Indian State to contain the Maoist insurgency is not new or surprising but remains even now, as before, an illegal, immoral and reprehensible strategy.

Firstly, the use of such methods by the Indian police, paramilitary forces or army - under whatever pretext- go against basic provisions of the Indian Constitution and puts them on par with ordinary criminals or even terrorists. The fact that the Maoists do not believe in the Indian Constitution does not mean the Indian government should also abandon its commitment to the only consensus document that gives it its own legitimacy. The Indian State has a duty to uphold the Constitution, irrespective of the opponents it faces, and failure to do so robs it of its entire claim to represent ‘Indian law’.

Secondly, there is enough evidence to show that the use of such dirty methods, once justified by the political masters, unfortunately becomes a bad habit making the Indian security forces a threat to the lives of millions of ordinary Indian citizens. The fact that India has one of the world’s highest numbers of custodial deaths and ranks extremely high in the list of countries using torture is testimony to this dubious phenomenon. The people at the receiving end of such violations of law by the Indian State on a day-to-day basis are the Dalit, Adivasi, Muslim, poor communities as also the people of Kashmir and the North-East and this is completely unacceptable.

We demand that the Home Minister of India and the Indian government put an immediate end to the use of abduction, torture and fake encounter killings to tackle the Maoist and other armed insurgencies. Lawless governance and impunity for wrongdoers in uniform leads to loss of faith in democracy. The institutional failures that give rise to insurgencies also need to be understood and tackled in a political manner for any lasting solutions.