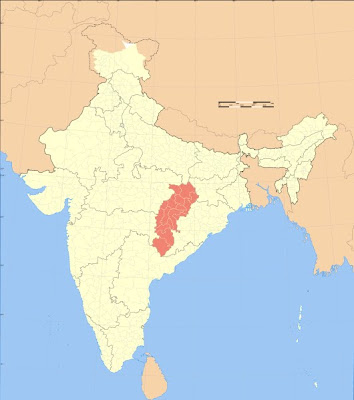 This article appeared in the Peninsula Observer and the Financial Times on March 10, 2010.

“There are slogans on walls saying ‘Naxals come and save us’,” says Arundhati Roy, the writer and social activist. “People are begging them, ‘just come and train us’.”

Disputes over forcible purchases are raging across the nation, says Amy Kazmin. First, the land surveyors came. Then the rumours spread through the villages: Tata, one of India’s biggest conglomerates, would build a steel mill in the district. Finally government officials came to ask the villagers in Lohandiguda in Chhattisgarh state, who are mainly illiterate farmers from the Gond tribe, to relinquish their fields for the promise of cash, jobs and a better future.

For Banga Ram, the 65-year-old patriarch of a large family, the request was absurd. “What will we do with the money?” he asked. “We have to do agriculture to feed these children.” But local officials were not taking No for an answer. Banga Ram was arrested. After he spent 13 days in jail, he says his sons signed away the land and accepted compensation.

In nearby Chindgaon village, Sundar Kashyap, who earns Rs10,000 ($219, €161, £146) a month working for the government animal husbandry department, says his bosses warned him of trouble if his younger brothers refused to sign over two of their five acres. They too signed.

Yet five years after Tata Steel announced its plans for the mill, the families of both men are still cultivating their ancestral fields. Officials are struggling to complete the contentious land acquisition, with 20 percent of the required 5,000 hectares still outstanding and a local civil rights lawyer threatening legal action against the process. “I am going to challenge it,” says Pratap Agrawal, an attorney in the nearby small town of Jagdalpur.

“Villagers are absolutely against handing over even an inch of their land.” Battles over forcible acquisition of agricultural land for industry are raging across India. But nowhere are they as fraught as in India’s tribal belt, where long-neglected indigenous animist tribes, known as adivasis, have upset the plans of corporate groups such as Vedanta, Tata Steel, Essar Steel and National Mineral Development Corp to tap mineral riches.

About 8.4 percent of India’s population are classified as adivasis, members of hundreds of distinct tribes whose languages have no written form. Living in severe poverty in remote areas with limited government services, tribal communities have India’s lowest literacy rates and its highest incidence of infant mortality and malnourished children. Ostensibly, tribal communities have special legal protection to prevent them from being involuntarily dispossessed of their land.

Yet critics say that pro-business government officials, who argue that mines and other large-scale industries would bring economic development and progress to neglected areas, are brazenly manipulating public consultation processes and overriding community sentiments to take tribal lands. “Indigenous people live in pre-industrial societies, so if the government goes to acquire their land for mining or special economic zones, it’s a matter of life and death for them,” says Prashant Bhushan, a prominent New Delhi-based civil rights lawyer. “But all they have been doing is having some sham formal consultation process in which the views of adivasis are not seriously sought.”

These conflicts, which tend to pit India’s most neglected people against its most powerful business houses, are helping to fuel the radical Naxalite guerrilla movement in the tribal belt, now increasingly considered India’s “Red Corridor”. “There are slogans on walls saying ‘Naxals come and save us’,” says Arundhati Roy, the writer and social activist. “People are begging them, ‘just come and train us’.” Among India’s most controversial mining projects is the plan by UK-listed Vedanta to mine bauxite from a mountain that the 2,800-strong Dongria Kondh tribe believe is its deity’s sacred home.

In a recent report, Amnesty International, the human rights group, said neither government officials nor Vedanta made any meaningful attempt to inform the illiterate tribes near the site about the project but merely published advertisements for a public hearing.

Vedanta, which says no one lives on the prospective mine site, says local government offices were notified about the project and given a chance to spread the word. India’s Supreme Court found all requirements were fulfilled. “The Indian regulatory system is robust – it does not leave room for anybody to take advantage,” says Mukesh Kumar, Vedanta Aluminium’s chief operating officer.

However, the Church of England and several other social investors recently sold their shareholdings in Vedanta, citing concern for the way the company had handled its relations with local communities. In Lohandiguda, Tata Steel says it has agreed to all but one of 13 conditions laid down by affected villagers for selling their land. Besides cash, Tata says villagers will be given “land for land”, skills training and the promise of a job to one member of every affected household.

“I think that development is something that everyone, especially if it’s brought by a company like Tata, would find acceptable,” says Sanjay Choudhry of Tata Steel. He says the mechanics of the land-buying process are handled by state authorities. “If and when they hand over the land, we will put up the industry in the best way we can.”

Schedule V of India’s Constitution maps out customary tribal lands where indigenous animist tribes are seen as requiring special protection against the threat of exploitation and dispossession. In 1996, India adopted a law requiring authorities to consult village councils before taking land in tribal areas for development or industry. Civil rights lawyers say this should be interpreted to require the consent of local communities.

India’s Supreme Court ruled in a 1997 judgment that Schedule V, combined with laws in Andhra Pradesh, prohibited the transfer of tribal land there to non-tribalsnon tribe members for a mining lease. It also suggested that 20 per cent of the profits from mining in tribal areas be set aside for tribals consistency across states. However, other states with large tribal areas have said the judgment does not apply to them.
Posted by nickglais on 3/17/2010 01:03:00 PM