Haiti Demonstration at US Embassy in London 24th March 2010

The date March 24th was chosen for the demonstration on Haiti at the US Embassy to mark Marie Jeanne La Martiniere's contribution to the victory of Crete-a -Pierrot on 24th March 1802 during the Haitian Revolution and her award of the highest military honour.

Brother Cecil opened with a speech recounting the history of Haiti and the demand for reparations from France and the United States.

They demonstrators were demanding reparations for the US occupation of Haiti between 1915 to 1934 which arose as a result of President Vibrun Guillaume Sam’s government being overthrown.

In the same way that Italy has agreed to pay Libya $5 billion, stemming from the 30 year occupation which ended in 1943, the Haitians are asking the US government to consider a similar proposal.

The demonstrators were also demanding that France give Haiti reparations as a result of the 150,000,000 gold francs that were extorted from Haiti has punishment and payment for rebellion. Haiti is suffering in poverty and this is one of the root causes that has brought continuous oppression and poverty of the people

The Italian State settlement with reparations for Libya creates a precedent for Haiti said brother Cecil.

Solidarity messages were read to the demonstration from Haiti and the United States. It was also noted by those present that there was an unusually high number of machine gun armed police present. 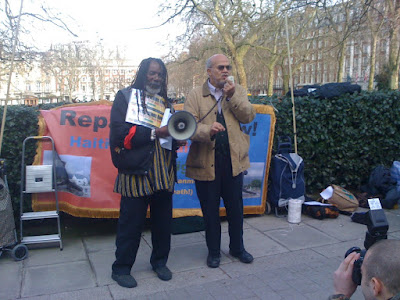 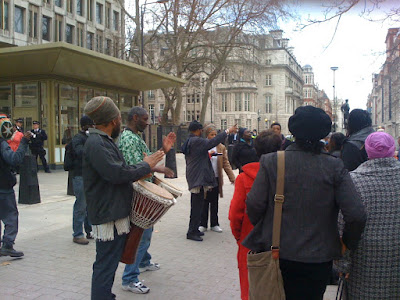 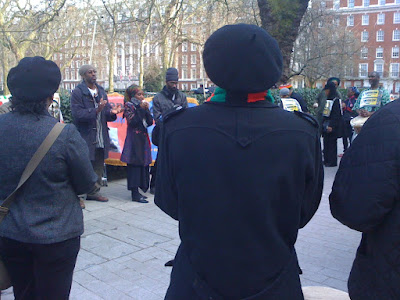 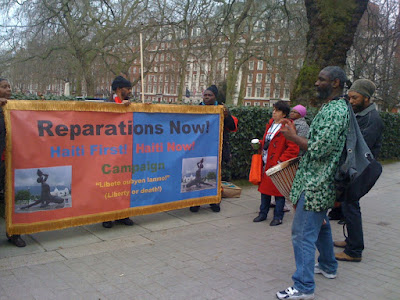