THE RACISM OF INTELLECTUALS BY ALAIN BADIOU : Who are the glorious inventors of the “Islamic menace”, which according to them is in the process of disintegrating Western society and our beautiful France? Who but the intellectuals engaged in their infamous task of fiery editorials, twisted books, and rigged “sociological surveys”? Is this a group of retired provincials and workers in de-industrialized towns who patiently erected the whole affair of the “clash of civilizations”, the defense of “republican pact”, the threats to our beautiful “secularism”, the “feminism” outraged by the daily lives of Arab women? 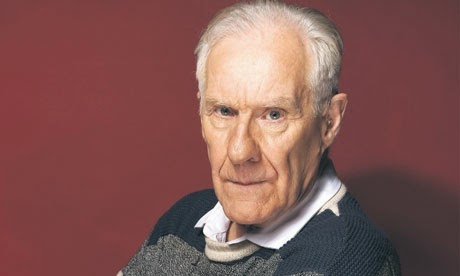 The extent of the vote for Marianne Le Pen is surprising and overwhelming; we look for explanations–The political class comes out with a handy sociology: the France of the lower classes, the misled provincials, the workers, the under-educated, frightened by globalization, the decline in purchasing power, the disintegration of their districts, and foreign strangers present at their doors, wants to retreat into nationalism and xenophobia.

Besides, these are already those French “stragglers” who were accused of having voted “No” in the referendum on the draft European Constitution– One opposes them to the educated, urban modern middle classes who are the social salt of our well-tempered democracy.

Let’s say that this France “from below” {Joe Publique Francais?–GP} is in these circumstances the donkey in the fable, the scabby and mangy “populist” from which comes all the Le Pen evil. That said, this political-media resentment against “populism” is strange. Could democratic power, of which we are so proud, be allergic to one’s worries about the people? Democratic power being the opinion of these very people, and also more.

When asked “are policy makers concerned about what people like you think?” the entirely negative response “not at all” increased from 15% of the total in 1978 to 42% in 2010! As for the total positive responses (“Very much” or “somewhat”), it declined from 35% to 17% (for this and other interesting statistical indications, refer to the special issue of La Pensée, “Le peuple, la crise, et la politique” by Guy Michelat and Michel Simon). That the relationship between the people and the state is not a trustworthy one is the least we can say.

Must we conclude that our state doesn’t have the people it deserves, and that the somber Le Pen vote certifies this democratic insufficiency? To strengthen democracy would require the government to elect another people, as Brecht ironically proposed…

My thesis is rather that two other culprits should be highlighted: the successive leaders of state power, both the left and right, and a significant body of intellectuals.

Ultimately, it is not the poor of our provinces who have decided to limit
as much as possible the basic right of workers in this country, whatever their nationality of origin, living here with their wives and children.

It is a socialist minister, and then all those of the right who have rushed into the breach. This is not an undereducated rustic who proclaimed in 1983 that the Renault strikers – in fact mostly Algerian or Moroccan – were “immigrant workers (…) agitated by religious and political groups which are based on criteria that have little to do with the French social realities “.

It was a socialist prime minister, of course, to the delight of his “enemies” of the right. Who of us had the good sense to say that Le Pen actually speaks to real problems? An Alsatian militant of the Front Nationale? No, it’s prime minister Francois Mitterrand. This is not the stunted population of the rural interior that created the detention centers that imprison, without any real right, those who are also deprived of the opportunity to acquire legal papers of their presence here.

This is not the frustrated immigrants in the outskirts of our cities who made the order, heard across the world, to issue French entry visas at the rate of a trickle, all while boosting eviction/deportation quotas that must at all costs be carried out by the police. The succession of restrictive laws that attack freedom and equality of millions of people who live and work here under a pretext of otherness, this is not the work of “populism” unleashed.

At the helm of these legal crimes, we find the state, plain and simple–All successive governments, since Francois Mitterrand, and then relentlessly thereafter. In this area, and these are just two examples, the Socialist Lionel Jospin made known the moment he came to power there was no question of abolishing the xenophobic laws of Charles Pasqua; the socialist Francois Hollande indicated that the regularization of the undocumented would not be decided under his presidency moreso than under that of Nicolas Sarkozy.

Continuity in this direction is clear. It is this stubborn encouragement of the state that shapes the ugly racialist opinion and reaction, and not vice versa.

I also don’t believe it to be unknown that Nicolas Sarkozy and his gang were constantly on the forefront of cultural racism, raising high the banner of “superiority” of our dear Western civilization and voting in an endless succession of discriminatory laws whose wickedness appalls us.

But finally, we fail to find a left that rises up in opposition with the strength demanded by such determined reactionaries. The left even often stated that it “understood” this demand for “security”, and voted without emotion for such flagrantly paranoid decisions as those aimed at expelling from public space any particular woman because she covers her hair or her body.

The left’s candidates announce everywhere they are leading a ruthless fight, not so much against the corruption of the capitalists and the dictatorially ascetic budgets as against undocumented workers and recidivist juveniles, especially if they are blacks or Arabs. In this area, both the right and left have trampled every principle. It was and is, for those who are deprived of papers, not a State of law, but the state of exception, the state of non-law. They are the ones who are insecure, and not wealthy nationals. If we were, which God forbid, be resigned to deport people, it would be better that we choose our rulers rather than the very respectable Moroccan or Malian workers.

And behind all this, for a long time, for over twenty years, who do we find? Who are the glorious inventors of the “Islamic menace”, which according to them is in the process of disintegrating Western society and our beautiful France? Who but the intellectuals engaged in their infamous task of fiery editorials, twisted books, and rigged “sociological surveys”? Is this a group of retired provincials and workers in de-industrialized towns who patiently erected the whole affair of the “clash of civilizations”, the defense of “republican pact”, the threats to our beautiful “secularism”, the “feminism” outraged by the daily lives of Arab women?

Isn’t it unfortunate that only the leaders of the far right (who only pull the chestnuts from the fire) are interrogated– without ever exposing more often the overwhelming responsibility of those on the so-called “left”, and more often the teachers of “philosophy ” rather than the supermarket cashiers– why not those who passionately argued that the Arabs and blacks, especially young people, are corrupting our educational system, perverting our suburbs, offending our freedoms and insulting our women? Or that there were “too many” in our football teams? Exactly as one use to speak of Jews and “{insert racial slur here}‘s”– that because of them eternal France was threatened with death.

There have been, of course, the emergence of fascist splinter groups labeling themselves as Islamic. But there are just as well fascist movements labeling themselves in defense of the West and Christ the King. This fact does not prevent any Islamophobic intellectual from incessantly praising our superior “Western” identity and to arrive at lodging our admirable “Christian roots” in the worship of secularism–And Marine Le Pen (one of the most fierce practitioners of this religion) has finally revealed the kind of political kindling that spreads its flames.

In truth, it is the intellectuals who invented the anti-working-class {antipopular} violence, particularly directed against the inner city youth, which is the real secret of Islamophobia. And it is governments, unable to build a civil society of peace and justice, who delivered the foreigners, and the first Arab workers and their families, as fodder for disoriented and fearful electorate. As always, the idea–no matter how criminal–precedes power, which in turn shapes the opinion that it needs. The intellectual–no matter how appalling–precedes the minister, who constructs her followers.

Books–no matter how disposable–arrive before propaganda, which misleads instead of instructs. And thirty years of patient effort in writing, invective and clueless electoral competition find their dismal reward in tired minds as in the voting herd.

Shame on these successive governments, who all competed on related themes of security and the “immigrant problem”, so as to cloud the fact that they primarily served the interests of the economic oligarchy! Shame on the neo-racialist and crudely nationalist intellectuals, who patiently covered over the void left inside the people by the temporary eclipse of the communist hypothesis with a layer of nonsense about the Islamic menace and the ruin of our “values” !
link to original at lemonde.fr
Posted by nickglais on 1/10/2015 01:34:00 PM