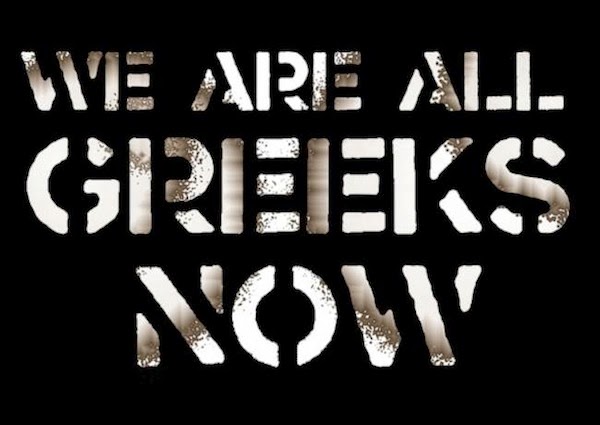 This little fact changes everything.

In 1943, Germany forced the Bank of Greece to lend it two loans worth 11 billion euros in today’s money.

And Germany has still not paid back the debt.

This money is not war reparations, which are a separate and much more complex issue.
The debt is a straightforward loan from Greece to Germany – albeit a forced one – which the Germans have not bothered to repay.

Which – considering the Germans have been bleating on and on and bloody on about how the Greeks should honour their present debts – is a case of breathtaking hypocrisy writ large, I’d say.