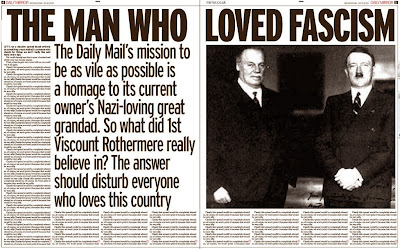 People who throw stones should not live in glass houses - Daily Mail self proclaimed organ of Fascism in 1930's says Ralph Miliband  a dead Marxist Historian hated his country !

The Traitors were Mail readers Tory members of the Anglo German Fellowship and the Cliveden Set - some of us have memories.

At the beginning of 1934 Fascism in Britain was endowed with a large scale Press organisation by the resources of the millionaire Lord Rothermere Press it being placed at the service of the British Union of Fascists in order that it might represent :.