The Great Unrest Group for a Welsh Socialist Republican Party and Cymrwch y Tir yn Ol during 2012 has been exposing the fake green economy plans of Plaid Cymru.

Gethin ap Gruffydd and Sian Ifan and Nickglais have relentlessly exposed this windfarm fraud throughout the year in Wales.

We rejoiced with people's victory against the Crown Estate Windfarm at Llanllwni but we also noticed how this people's victory in Wales was ignored by Nationalists and the Left who are still continue acting as shock troops for this corporate scam. 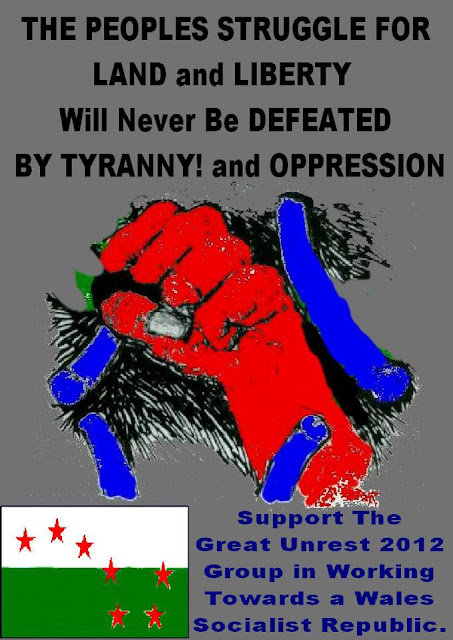