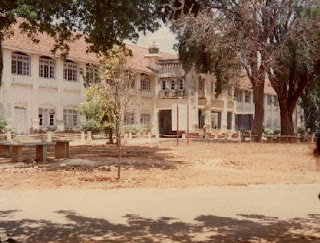 The meeting between Army Commander of Jaffna, Mahinda Hathurusingha and the four parents of the detained students from the University of Jaffna (UoJ) concluded with no result.

The Commander had refused to discuss any matters relating to the release of the students. He had added that the students’ activities symbolized the return of former LTTE Leader V. Prabhakaran, and that therefore they must be treated as hardcore LTTE supporters, requiring intensive rehabilitation. That if not subject to rehabilitation, the students would cause trouble at the University again.

When Hathurusingha had refused to release the boys, some of the parents had dropped down to their knees and begged for their release. The Commander had allegedly refused to respond and turned away.

When University lecturers had raised their concern regarding the interruption to the students’ studies caused by the boycott calling for the release of the boys, Hathurusingha had replied that it was not possible to release the boys prior to the completion of their rehabilitation.

The Police Spokesperson has added that the boys have consented to their rehabilitation and that therefore it should not be considered as them being detained arbitrarily by the military. This however is contradictory to the initial response given by the Inspector General of Police to the University authorities that that he could not comment regarding the arrests as it was a matter under the purview of the Terrorist Investigation Division (TID).

How a military commander decides about the status of a university? The Sri Lankan fascist regime supported by the western imperialism and Indian expansionism carries out its ethnic cleansing agenda thorough out the country against Tamil speaking ethnic minority while Sri Lankan traditional Left is questioning about self determination.
Posted by nickglais on 12/21/2012 03:56:00 PM