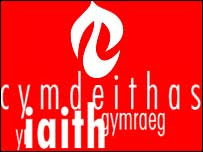 These figures present a huge disappointment for language campaigners,
who saw the number of speakers increase slightly in 2001 from a
previous 100 year trend where the Welsh language seemed to be in
permament decline. Throughout the last century the percentage of Welsh
speakers in Wales has dropped steadily from 50% in 1901, to 29% in
1951, to 26% in 1961 to 18.5% in 1991. However, these latest figures
show that any optimism that was felt in 2001, due to the apparent
reversal of the earlier trend, was premature and now campaigners in
Wales are repeating claims that the Welsh language is in ‘crisis’.
Robin Farrar, newly-elected Chair of Cymdeithas yr Iaith Gymraeg,
commented:

"The Welsh language faces a crisis. This news reflects very badly on
the Welsh Government who set a target of increasing the number of
Welsh speakers by 5% over the decade. Over the last 10 years, they
have failed to support the Welsh language in the way they should. The
fall in all the counties in the West is a matter of great concern. The
people of Wales are very supportive of our unique language, but the
Government isn’t matching their ambition."

Cymdeithas yr Iaith Gymraeg have called for a radical change in the
way Welsh and are demanding a quadrupaling of investment in language
provision and a change in the way planning rules, education and Welsh
language use in the public sector is delivered. To outline their
vision the organisation has launched a manifesto (titled 'Maniffesto
Byw' or ‘Living Manifesto’) in an attempt to combat the reversal. The
Welsh Language Commissioner, Meri Huws, in her response to the census
figures, echoed some of the concerns of Cymdeithas. Ms Huws, in her
official capacity as the regulator on Welsh language issues for the
government and other public bodies, described the census results as an
alarm clock ringing "very loudly" on the language issue, adding that:
"The housing market, migration and employment are the factors that
have led to the Welsh language losing ground in the western counties…"
The highest proportion of Welsh speakers were in Gwynedd with 65.4% of
the population stating that they could speak Welsh, but this figure
was down from 69% in 2001. Carmarthenshire saw the largest percentage
point drop – from 50.3 per cent in 2001 to 43.9 per cent in 2011. One
of the positive aspects that have been drawn out of the results is
that there have been considerable increases in numbers of Welsh
language speakers for younger children (aged 3-4) throughout Wales.

The early results also reveal that there are 409,582 people in England
who described themselves as ‘Welsh’, with 291,746 describing
themselves as ‘Welsh Only’ (i.e. not ‘Welsh and British’). Plaid’s
Dafydd Wigley said that there could be as many as 150, 000 Welsh
speakers within this group. Simon Thomas AM has argued that these high
numbers of Welsh people living in England suggest the role of economic
factors in contributing to the drop of Welsh speakers in rural Wales,
with many people seeking employment in England away from traditional
Welsh speaking heartlands, like in Gwynedd and Ceredigion.
However other releases of Welsh language data from the 2011 census
will be released by the Officer of National Statistics (ONS) over the
next 18 months and it is only then that a fuller picture of the true
state of the Welsh language can be determined, but the first figures
released do not make for positive reading.