The Dutch police have arrested 55 Kurds on the suspicion that they were linked to the Kurdistan Worker’s Party (PKK) on Monday. 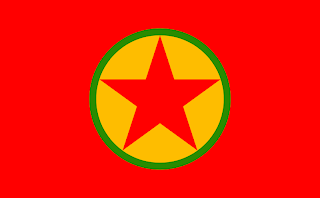 The Dutch police have arrested 55 Kurds on the suspicion that they were linked to the Kurdistan Worker’s Party (PKK) on Monday. The PKK has been banned in Netherlands since 2007. Similar large scale arrests of Kurdish activists on suspicion of PKK links happened in 2004, but the case could not sustain itself then. Ever since the ban, there has been considerable clamping down on Kurdish political activities in the Dutch state.

Holland is also notorious for its intimidation of Eezham Tamil activists working for the Tamil national cause. Citing the public prosecution department, Dutchnews.nl reported on Tuesday that “Police have arrested 55 suspected members of the Kurdish separatist movement PKK who were holding a secret meeting in Zeeland province”. “The meeting was taking place at a holiday house complex in the village of Ellemeet, the department said. In total, 150 regular and riot police officers were involved in the operation, as was a surveillance helicopter,” the report further said.