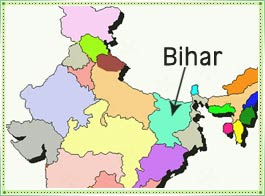 Patna, Aug 31 (IANS) The six-hour-long gunfight in Bihar's Lakhisarai district, in which 10 policemen were killed and 10 others were injured, was in retaliation to the staged shootout that left Maoist leader Azad and a journalist dead, guerrillas said Tuesday.

"The attack was in retailiation to the fake encounter of Azad and a journalist sympathetic to Maoist cause. It was also in retaliation to the killing of eight Maoists in Jamui district a few months ago," Communist Party of India-Maoist (CPI-Maoist) spokesman Avinash said in a letter to the local media offices in Lakhisarai.

Avinash, who is the spokesman for Maoists of Jamui, Munger, Lakhisarai, Banka and Bhagalpur districts, described the attack on police as the rebels' answer to the government's Operation Green Hunt against them.

He also warned the Bihar government of more violent attacks if the operations against Maoists were not immediately stopped.

Ten policemen were killed in a gunfight with Maoists Sunday in the forests of Ghoghraghat Kanimoh, some 150 km from here. Seven of the 10 injured personnel were admitted to the Patna Medical College and Hospital (PMCH).

The guerrillas looted 30 rifles from the security personnel.