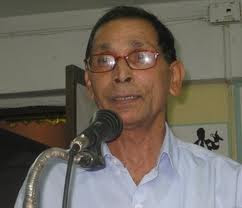 UCPN (Maoist) vice chairman Mohan Baidya on Monday revealed that his party has begun preparation to capture state power through people's revolt. He said that the party has been left with no option but to wage the revolt as efforts are on to bar the Maoists from going into power.

Speaking at an interaction programme held at the Reporters' Club today afternoon, he said the Maoists are victims of conspiracy to bar them from forming a legitimate government.

"So, our ultimate aim is to capture state power sooner or later by waging fresh people's revolt," Baidya said.

He informed that his party has already started making preparation for the people's revolt, adding that the month long protest programmes announced by a meeting of the Central Committee on Sunday is a prelude to such a revolt.

In his latest political dossier presented at the ongoing Central Committee meeting of the party held on Saturday, Baidya, who is considered a party hawk and leads a hard-line faction inside the party, has proposed that the party should stop cooperating with the "parliamentary parties" and make preparations to wage fresh people's revolt..