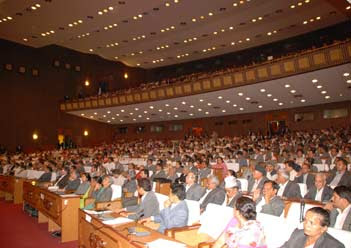 Kathmandu: Nepal's Parliament failed to elect a Prime Minister for the sixth time on Sunday. Both candidates — Maoist chairman Pushpa Kamal Dahal ‘Prachanda' and Nepali Congress leader Ram Chandra Poudel — were unable to obtain a simple majority in the house of 601.

Mr. Prachanda got 240 votes in his favour. 101 MPs voted against the Maoist candidate, and 163 remained neutral. 504 MPs registered their presence during the vote.