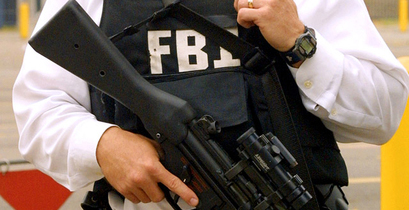 We denounce the Federal Bureau of Investigation harassment of anti-war and solidarity activists in several states across the country. The FBI began turning over six houses in Chicago and Minneapolis this morning, Friday, September 24, 2010, at 8:00 am central time. The FBI handed subpoenas to testify before a federal grand jury to about a dozen activists in Illinois, Minnesota, and Michigan. They also attempted to intimidate activists in California and North Carolina.

"The government hopes to use a grand jury to frame up activists. The goal of these raids is to harass and try to intimidate the movement against U.S. wars and occupations, and those who oppose U.S. support for repressive regimes," said Colombia solidarity activist Tom Burke, one of those handed a subpoena by the FBI. "They are designed to suppress dissent and free speech, to divide the peace movement, and to pave the way for more U.S. military intervention in the Middle East and Latin America."

This suppression of democratic rights is aimed towards those who dedicate much of their time and energy to supporting the struggles of the Palestinian and Colombian peoples against U.S. funded occupation and war. The activists are involved with well-known anti-war groups including many of the leaders of the huge protest against the Republican National Convention in St. Paul, MN in September 2008. The FBI agents emphasized that the grand jury was going to investigate the activists for possible terrorism charges. This is a U.S. government attempt to silence those who support resistance to oppression in the Middle East and Latin America.

The activists involved have done nothing wrong and are refusing to be pulled into conversations with the FBI about their political views or organizing against war and occupation. The activists are involved with many groups, including: the Palestine Solidarity Group, Students for a Democratic Society, the Twin-Cities Anti-War Committee, the Colombia Action Network, the Freedom Road Socialist Organization, and the National Committee to Free Ricardo Palmera (a Colombian Political Prisoner).

Steff Yorek, a long-time antiwar activist and one of the activists whose homes was searched, called the raids “An outrageous fishing expedition.”

We urge all progressive activists to show solidarity with those individuals targeted by the U.S. Government. Activists have the right not to speak with the FBI and are encouraged to politely refuse, just say “No”.