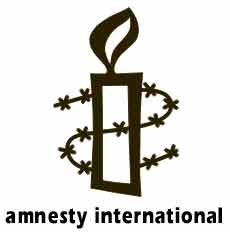 The Indian authorities should order a prompt, impartial and independent investigation into reports of torture and ill-treatment, including rape and other sexual violence, against adivasis (indigenous people) illegally detained in Chhattisgarh, Amnesty International said today.

Adivasis from Pachangi and Aloor villages in Kanker district told Amnesty International that paramilitary Border Security Force (BSF) personnel and the Chhattisgarh state police rounded up 40 adivasi men from their villages on 5 and 6 September, stripped them and beat them with sticks. Five men – Narsingh Kumra, Sukram Netam, Premsingh Potayi, Raju Ram and Bidde Potayi were reportedly raped with sticks and are still being treated at the Kanker government hospital.

These violations followed the 29 August ambush of a BSF-police patrol by members of the Communist Party of India (Maoist) in which three BSF personnel and two policemen were killed.

Seventeen people from the two villages were also detained– blindfolded, split into batches and taken to the BSF camp at Durgkondal in closed trucks. Amnesty International has been informed that at least two of those detained - Dhansu Khemra and Sarita Tulavi – were 16 year old girls while another four were women and girls between 16 and 20.

During their detention, security forces beat the detainees in an attempt to force them to confess that they were Maoists involved in the 29 August ambush. The interrogators gave electric shocks to at least 10 detainees and sexually assaulted two female detainees.

Villagers said that on the morning of 7 September the Kanker police released one female detainee Sunita, as she was suffering from malaria, and her father, Punnim Tulavi, a school-teacher, but then arrested two more men.

The five remaining female detainees were taken to a local court along with two of the adivasi men on 8 September, while the remaining ten male detainees were taken to court on 10 September. All of the adivasis were charged with involvement in the 29 August ambush by the banned Maoist armed group and are presently in Kanker and Jagdalpur prisons, after being denied bail.

Indian law requires that arrested persons be produced before a court within 24 hours of the arrest. In an attempt to circumvent this requirement, the police claimed the two groups of detainees were arrested only one day before their respective appearances in court.

Torture and other cruel, inhuman or degrading treatment or punishment, including sexual violence, are prohibited in all circumstances, including war or other emergency under international law, and in particular the International Covenant on Civil and Political Rights and the Geneva Conventions. India is also a signatory to the United Nations’ Convention Against Torture and the Indian Parliament is currently engaged in passing a new law against torture in accordance with the provisions of the Convention before its ratification.


Amnesty International calls upon the Indian authorities to:


· ensure a prompt, impartial, independent and effective investigation into the allegations of torture and other ill-treatment, including sexual assault, and the illegal detention of adivasis. Those suspected of involvement in the violations, including persons bearing command responsibility, should immediately be suspended from positions where they may repeat such offences, and brought to justice;

· ensure that, if – as a measure of last resort – those under the age of 18 are kept in prison, they are held separately from adults and otherwise treated in accordance with India’s juvenile justice legislation and the UN Convention on the Rights of the Child, to which India is a state party.

Over the last five years, Chhattisgarh has witnessed an escalation of violence between the banned Maoists who claim to be fighting on behalf of the adivasis and India’s paramilitary forces. At least 600 people have been killed and some 30,000 adivasis continue to be displaced from their homes in the state
Posted by nickglais on 9/15/2010 11:17:00 AM