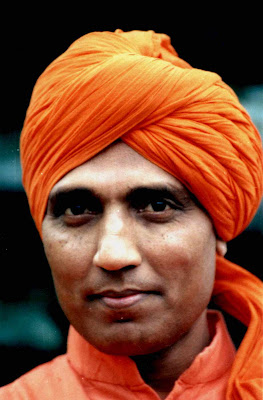 The following is an open letter from Srikant, member of the Central Committee of CPI(Maoist), to Swami Agnivesh, that has reached us. Sanhati has no way to ascertain the authenticity of the letter. However, we feel that the content of the letter is significant enough that if it is genuine, it forms an important part of the ongoing civil society process, in the backdrop of Operation Green Hunt, to initiate a dialogue between the Indian government and the CPI (Maoist), with which Sanhati has been engaging since the beginning. - Ed]

I have recieved your latest letter dated 22nd july. I understand your feelings about the martyrdom of Com. Azad and sincere concern for the peace process. Though I could not get the attachements which you mentioned in the letter, I followed almost all of your interviews given to print media.

Since it is not only difficult for me to send any reply to your letter, it is also not possible to send your letter to our comrades who had to decide and act on your letter ; therefore this open letter. There was no other choice for me.

The deception is continuing. The deception by Mr. Chidambaram, who ardently believes in “quiet diplomacy”. He is doing the things quietly and coolly.

He officially agreed to make you the interlocutor in the “peace talks”. You opened channels to send the proposals to us. He “quietly” and with a neatly chalked out plan entered our channels; knowing well that the communication would have to reach Com. Azad. Under the clear guidance from Chidambaram, the notorious APSIB implemented the plan. I feel that you too must have understood all this by now, but may be difficult for you to say so. I can understand that.\

Chidambaram had his hands not only wet with blood of our beloved Com. Azad, but also his life partner com. Sitakka alias Padma, who was most probably shown as an encounter death in Gadchiroli on 6th July, and also journalist Hem Chandra Pandey – he could not have seen straight into your eyes and accepted for an enquiry in to this absolutely fake encounter. He knows that he was the brain behind this operation and that was why he could not have accepted this demand. Who knows like Amit Shah, who is exposed as the the main culprit in Soharabuddin case, Chidambaram too could be implicated one day, if there were to be an enquiry. Any way, he denigrated your status as an interlocutor by rejecting the most genuine demand.

Your letter dated 26th of June reached Com Azad, just before 30th. The APSIB, which had already entered into the mechanism, knew this. They knew that they could scuttle the process by eliminating Com. Azad. With that purpose only, they entered through the channels you had opened to send your letters to us. We fell prey to this great deception by Chidambaram.

We feel that you are being used as a pawn in the whole process. Sorry for the straight talk!!

Please ask Mr Chidambaram one question. What is that the APSIB has been doing in many states outside Andhra Pradesh? In UP, West Bengal, In Delhi, so on and so forth? Are they functioning without his knowledge ? Does he not know that it is the APSIB team that had arrested Com. Kobad Gandhy and put him under illegal custody for three days and on 20th septemeber he was given to Delhi Police ? Shall I inform you the list of the personnel of APSIB who arrested Com Kobad Gandhy; and who headed that team? May be it will be a small addition to the Wikileaks, and can be a scoop to the media.

he point is again the deception. He is talking of langauge of “peace”. He is planning cold blooded murders with his trusted APSIB.

Now that you have given another letter to our CC, appealing to take the further the peace process that was started.

Your letter dated 22nd July reached me. Not just the letter. Some thing more too. The APSIB too reached me. How can we understand this phenomenon? I just escaped very narrowly, on August 1st. If we can meet some time later, like we met on the dias of Karimnagar Peasant Labour Association meeeting in 1983, where we addressed the gathering along with others, (You paid rich tributes to Com. Haribhushan who was killed by the then NTR regime), I can give you the details. Had I gone into the hands of this notorious Indian Mossad, your 22nd letter must have gone back to Chidambaram, perhaps with some blood marks on it, like the way your 26th letter reached him. We do not have any iota of doubts in your genuine feelings regarding the peace process. I am afraid that you are pigeon among the cats. The cats are using you to catch us in this process.

The APSIB encircled me and for the time being I am out of it. In these circumstances it is difficult for me to send any reply to you through some channels or send your letter to our comrades. I request you to openly publish your letters in the papers. Any channel if you try to send through, it might end up in some loss. I think we can no more afford that.

Chidamabaram will continue to play the unfair game. He has already claimed the lives of our beloved comrades along with life of a journalist.

Our comrades will reply to you on your proposals, if you can publish your letters through media. The 26th June letter and the present one, since the 26th June letter has not reached our comrades. Since they are written by you, it is your prerogative to publish openly or not. May be you have to go against Chidambaram by not doing these things “quietly”. He is sticking upto his programme by doing “quietly”.

Your lofty concerns and well meaning efforts are torpedoed by Chidambaram with his dirty tricks. He might have scuttled the peace process by killing Com. Azad. Can he stop the revolution? The history of Hitler is before us.