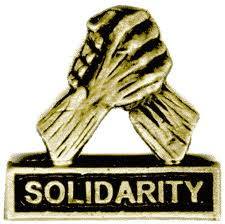 Srinagar: In an emphatic statement issued Friday CPI (Maoist) extended the party’s backing for right of self determination to Kashmiris and appealed to people of India to support the “just national liberation struggle of the people of Kashmir”.

The party said ‘Kashmir belongs to Kashmiris’ and appealed people of India to “strongly oppose daily firing of Kashmiri people”, raise their voice against state atrocities and “heartless killing of youth by armed forces”.

“Fearlessly support the just national liberation struggle of the people of Kashmir,” the statement from the central committee of CPI (Moaist) said. “We appeal to all citizens and pro-people activists of India to demand the withdrawal of Indian paramilitary and military from Kashmir and take stern action against their officers.”

The party appealed to the people to see through the media propaganda about Kashmir that distorts its history. “Those who are aware of Kashmir’s history know that it was never a part of India.”

The two-page detailed statement indicates the depth of knowledge the party has about the details of day-to-day happenings in Kashmir.

“The Indian ruling class may claim that ‘militancy’ has ended and ‘separatist’ organizations have been crushed but the truth is that Kashmiri people keep struggling daily over one issue or another.”

The statement also castigates Omar Abdullah led coalition government in the state for its brutal response to “democratic resistance”.

“Government of India and its puppet government under Omar Abdullah have responded with firing, teargas, lathicharge and curfew to the peaceful and democratic resistance by the Kashmiri people which is still on.”

The statement also criticised recent attributions of stone throwing protests to having been instigated by LeT and elements from Pakistan. “Attribution (of protests) to LeT is disrespect of the freedom loving Kashmiri people.”

Through the statement CPI(Maoist) presented its revolutionary salute (Inqalabi Salam) to the struggling Kashmiri people.

“The armed struggle may have weakened, but the youth have used stones as weapons in their hands to fight the state armed forces. This only indicates their deep desire for liberation,” the statement said likening the “resistance” in Kashmir to that by the tribals of Dandakaranya. “Kashmiris are fighting Indian paramilitaries and police forces with stones just like tribals under the party are fighting in Dandakaranya using bows and arrows.”

“The enemy is the same here (Dandakaranya) as well as there (Kashmir).”

The central committee of CPI (Maoist) on behalf of the party, People’s Army and the revolutionary people vowed that it will wholeheartedly continue supporting “your struggle” in Kashmir.
Posted by nickglais on 8/06/2010 01:08:00 PM

General Pervez Musharraf will be talking live in London at Kensington Town Hall on 29th September - this is a unique opportunity to hear the former president of Pakistan talk and ask him questions about Kashmir. Visit our website for details and tickets: http://www.intelligencesquared.com/events/pervez-musharraf-in-conversation