The protest at the Indian High Commission in London on the 15th August 2010 attracted hundreds of people. There were Kashmiri's, Sikhs, Sri Lankans and Nepalese and other Indian nationalities present at the protest.

There were also representatives of progressive organisations in Britain all protesting Indian Expansionism and Operation Green Hunt and the murder of Comrade Azad spokesperson of the CPI Maoist and Hem Pandey a progressive journalist by the murderous comprador Indian state.

The protest organised on India's National Day exposed the crimes of the Indian State and the sufferings of it peoples.The newly formed Alliance for People's Rights in South Asia is to be congratulated for organising a successful protest. 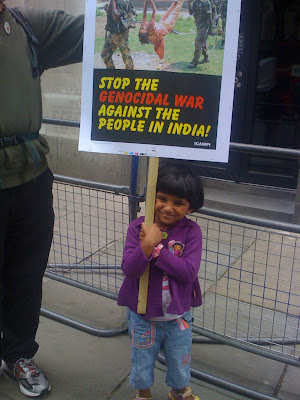 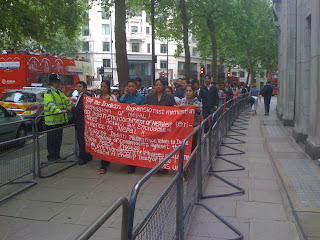 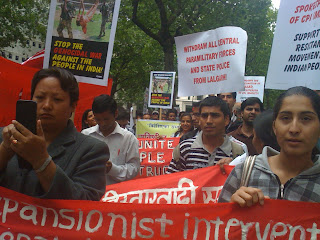 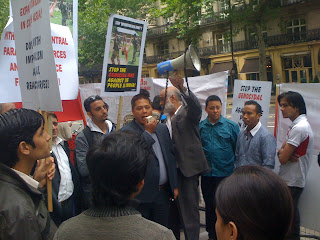 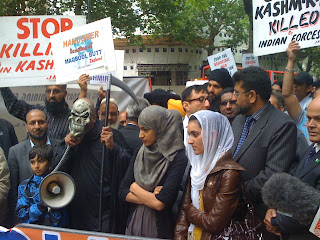 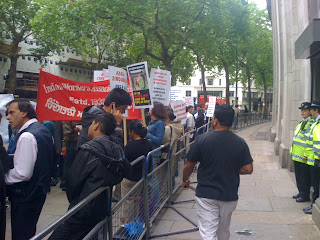 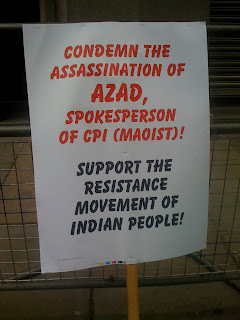