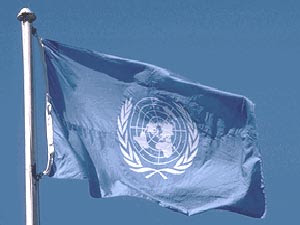 An expert panel formed by the caretaker prime minister to advise the government on the future of the United Nations Mission in Nepal (UNMIN) has recommended the government to extend the tenure by another six months, but with a reduced mandate.

The advisory panel that includes bureaucrats of the Ministry of Foreign Affairs and Ministry of Peace and Reconstruction (doesn’t include Maoist representatives) has suggested a mandate revision—to allow UNMIN to monitor only the Maoist army.

It said that in the changed political context, the Nepal Army should no longer be kept under the UN’s supervision.

“We have given our suggestions and the Ministry of Foreign Affairs will now draft a letter that will be dispatched to the UN Security Council,” said Retired Lt. Gen. Balanada Sharma, a member of the advisory panel.

The panel has also suggested the government scrap other responsibilities given to UNMIN during its inception in 2007. The current UNMIN mandate includes management of arms and armed personnel of Nepal Army and the Maoists’ People’s Liberation Army, assisting parties through the Joint Monitoring Coordinating Committee in implementing the agreement signed during the peace process, assisting in the ceasefire monitoring and providing technical assistance to the Election Commission for conducting the Constituent Assembly elections.

“We have suggested the government to draft a new request exclusively to monitor Maoist combatants,” added Sharma.

The UCPN (Maoist) has been objecting to the government’s idea of revising UNMIN’s current mandate, saying such a move would be a “serious blow” to the peace process.