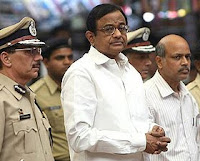 This article appeared in the Pioneeer on February 8, 2010

The Chief Minister’s meet on internal security on Sunday saw convergence of opinion on tackling the challenges posed by Leftwing extremism, but the States clamored for more resources and firepower and the Centre asked them to take steps to fill up the massive vacancies in the police force.

The deliberation also highlighted the fact the despite the Government thrust on dousing the flames of Red terror, the States were ill-equipped to launch an all out war against the Maoists and much needed to be done to add teeth to various ongoing operations on the ground. While Prime Minister Manmohan Singh and Home Minister P Chidambaram urged the Naxal-affected States to boldly confront the Maoists, Chief Ministers asked more weapons, air power, infrastructure and funding from the Centre.

The PM also touched on the subject of terrorists’ threat from Pakistan and said, “Hostile groups and elements operate from across the border to perpetrate terrorist acts in the country. Jammu & Kashmir bears the brunt of the acts of these groups.”

Manmohan Singh said while there had been a marked decline in the number of terrorist incidents from 2008 to 2009, “infiltration levels have shown an increase in the same period. Recently, there have been some incidents which are disturbing.”

On the subject of tackling Maoist menace, Raman Singh, Chief Minister of one of the worst affected states, Chhattisgarh, demanded that the Centre should share the cost of tackling Naxalism as it is not an “exclusive state level issue”. He sought Rs 815 crore from the 13th Finance Commission for development of police forces and also demanded two battalions of Central Para-military Forces (CPMF) for tackling Naxalism in the State.

“Chhattisgarh is a young and backward state that is already tottering under huge financial burden. I, therefore, request that the cost of deployment of the CPMF be met by the Central Government,” Raman Singh said.

Maharashtra Chief Minister Ashok Chavan demand for Unmanned Aerial Vehicle was shot down by the Home Minister saying that it was not practical in populated areas. Chavan also demanded for latest satellite phones to tackle Naxals in dense forests.

Bihar Chief Minister Nitish Kumar urged for centralised purchase of weapons, which was agreed by Chidambaram, if the States should submit intends before March 31. Nitish Kumar also argued for one-time funding for building police stations in Naxal-affected areas. Pointing out difficulties being faced by State administrators, Kumar said, “Procurement of arms, ammunition and equipment under central Modernisation of Police Force scheme should be done by MHA (Ministry of Home Affairs) and deliveries should be made to State Governments. “It has been difficult for the State Governments to go through the difficult procurement procedures for sophisticated equipment (which also include imported items),” he said.

The Chief Minister said large manufacturers are very often not interested in tenders for relatively small quantities floated by States. “Hence, the Central Government should consider Centralised procurement of such items.” He also asked the Centre to consider grant of one-time 100 per cent financial assistance for construction of buildings for police stations located in Naxalism-affected districts which do not have their own buildings.

Bhattacharjee said some recent success against the Leftwing extremists has added momentum to the effort. “The morale of the force is now high and the time is right to mount pressure on the extremists. Some additional help at this crucial stage will be necessary to achieve our immediate tasks,” he said.
Posted by nickglais on 2/09/2010 01:13:00 PM