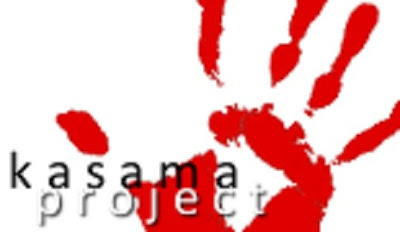 Gary pointed out the piece below that appeared in the Nepali Times.

It reports a discussion with Baburam Bhattarai in which he says “contradictory statements from our leaders is one of our weaknesses.”

This is an acknowledgment of an obvious fact: That for a long time, the public remarks by leading Maoists in Nepal have contradicted each other, pointing in different directions and giving different explanations for policy. It is true of individual leaders (including Bhattarai himself) that their remarks (to put it mildly) vary.

This fact has produced quite a bit of debate among those of us who follow the Nepali revolution closely. It has caused controversy. Some forces internationally have seized on this or that phrase to justify their views (often their dismissal) of the Nepali Maoist strategies — as the rest of us repeatedly discover that other phrases are used at other times and create a more textured complexity to that party’s public expression.


The Nature and Timing of a Final Assault

I think large revolutionary parties, standing at the edge of life-and-death decisions look like this (and always have).

When the Bolsheviks were planning the 1917 October revolution, two of their top leaders (Zinoviev and Kamenev) took their disagreement public — saying that they wanted an all-socialist coalition government and opposed the idea of a party led insurrection. When Mao and Zhou Enlai were negotiating with the Nixon administration to end the international isolation of “Red China” — the public “Shanghai Communique” had to go through many revisions, not because Nixon was making problems, but because Mao and Zhou had sharply different views on the importance of upholding the need for revolution throughout the world. When the revolutionary workers of Berlin broke out into street fighting in January 1919, the two main communist leaders Rosa Luxenburg and Karl Liebknecht had sharply different ideas about how to act and what to say — and each proceeded to follow their conscience.

Pointing this out does not mean that victory is certain or guaranteed. The struggle developing between Mao and Zhou continued and ultimately resolved itself badly. The differences between Rosa and Karl reflected both the weakness of their theoretical understandings and of their new-born communist organization — and the whole affair ended with their capture and assassination. Such conflicts arise from the difficult choices and adverse conditions faced by all revolutions — and the fact is that most revolutionary opportunities don’t result in successful revolutions or socialism.

But I’m arguing that it does not help to view revolutions through linear thinking — or to believe (in a dogmatic way) that the correct choices are already obvious because they are embedded in this-or-that inherited text. You can’t solve the real problems of real life with voluntarism, fantasy and wishful thinking. And the problems of revolution are rarely simply a matter of will.

Easy for You to Say

I hear from people who feel “encouraged” whenever the Nepali Maoists speak of insurrection, and are then “disappointed” whenever events show more waiting — as if “we” already know the time is ripe for the Nepalis. Perhaps the time is not quite right — to confront and break up the National Army right now. Isn’t that a very material and practical question that requires specific knowledge of the mood of the masses, the divisions among the enemy and the strength of the mobilized revolutionary forces? Isn’t that why communists say that you “can’t play at insurrection” and that “insurrection is an art”? How can any of us possibly evaluate those crucial details from here? And what kind of thinking casually assumes the time has long been right (since 2006? before? forever?) and that revolutionary victory is just a matter of “strategic will”? Isn’t that “easy for you to say”?

Factional Polemics on a Complex Terrain

Bhattarai’s remarks below (if they are in deed his, and if they are accurately conveyed here) have a sharply polemical edge toward “Some of our leaders” who (Bhattarai writes) “have a dogmatic ideology.” It reminds us again, that Bhattarai has repeated represented a distinct pole within the UCPN(Maoist) — and that his remarks sometimes reflect the unified position of his party, and sometimes a highly factional expression.

At the same time, these remarks have that kind of tactical edge which is so hard to read. Bhattarai states: “We want to assure you that this will be a peaceful movement,” when the reporters asked him about his talk of a “final assault against the enemy to complete the revolution.” And sure, obviously, this round of mass protests (which we have just seen unfold in the streets of the capital) were designed from the beginning as a “peaceful movement” — as everyone can see from the videos and reporting. People came without arms. They did not seek street-fighting with the police. They didn’t try to enter or occupy the government offices they shut down. There was a relaxed and even festive air to the actions — with lots of smiles and dancing.

But these actions also seem to serve the function of “dress rehearsal” for the next stages of conflict, some of which may (may!) be anything but peaceful. Certainly the Maoist leadership is now assessing the response of the people and their own cadre to this round of protest and blockades. They are gauging how the police and soldiers responded, and the mood among middle strata. They are training their cadre and former PLA commanders to gather forces, and move in coordinated ways through these urban streets, to find the key strategic government locations, and so on.

Learning from a Living Process

I have to confess that I am often a bit frustrated with various revolutionaries who seem to have a very mechanical and ahistorical sense of the revolutionary process — who seem to think that revolutionaries should announce what they are going to do, in detail with appropriate quotes from the classics, then win the people to those plans, then carry them out. It is a quite voluntarist view of politics — that has little sense of the complexities of mass line and maneuver.

What does Mao mean when he says “the road is tortuous and the future is bright”?

Why does Lenin talk about climbing a mountain as far as he can, and then descending again to find a new way to try a new ascent?

Why do communists speak of joining the people in a process, by which THEY (sections of the actual people broadly) learn about the nature of parties and class forces so that THEY can grasp their own role, interests and needs?

We are watching a real-life process (and thanks to the magic of our times, we are watching it in real time). And like those inhabitants of Plato’s cave, we are watching statements projected as shadows on the cave wall — that represent struggles, summations and concerns that we can’t experience directly.

I repeatedly feel that watching this process can help peel away the idealism and dogmatic fetishism that have built up in our own stunted movement — a movement that, frankly, has suffered from a protracted inability to be part of real politics and which, consequently, often has only the most tenuous schematic sense of what an actual roiling revolutionary movement of millions of real people would be like. Viewed from within vestpocket sectlets, with elaborate beliefs but few followers, an actual revolution can seem compromised and confused, (even sullied) and certainly slow to proclaim the moment of decisive confrontation. And I think again, “that’s easy for you to say.”

Here is the article from the Nepali Times

Maoist leader Baburam Bhattarai admits weakness
Although Maoist ideologue Baburam Bhattarai appeared relaxed at a meeting of Kathmandu-based editors on Wednesday, he was hard pressed to explain comments he made in a revolutionary website last week in which he threatened a “final assault against the enemy to complete the revolution”.

Asked to explain his statement in the interview with the World People’s Resistance Movement in which he predicted “another round of armed clashes” on Thursday, Bhattarai admitted “contradictory statements from our leaders is one of our weaknesses”.

At the meeting with chief editors Bhattarai didn’t just appear moderate, but back-pedalled furiously on his party line. “Some of our leaders have a dogmatic ideology, but that is a peripheral group,” he said. “We will soon be announcing our party line. We want to assure you that this will be a peaceful movement.”

Bhattarai was asked about the declaration of 13 ethnically-demarcated ‘federal republics’, and admitted that it was not going according to the direction of the party leadership, and that it was only a ’symbolic’ gesture to give an ‘identity’ to various ethnic groups.

Bhattarai made a distinction between ‘nationalities’ and ‘ethnicities’ and said the federal units were not a parallel government, but provinces named after ethnicities. “But we are aware that the debate is not going according to our plan,” he admitted, “it is going the wrong way.”

Bhattarai also came across as accommodating on a compromise with the other parties. “Some kind of common resolution from parliament or a gesture from the president would remove the need for protests,” he said. “We want to bring closure to the issue of the president’s move in a manner that would be acceptable to all.”

All this was in stark contrast to Bhattarai’s own recent public speeches and his 26 October WPRM interview, excerpts from which follow:

WPRM: Why did the Maoist party enter the peace process and attempt to change society through Constituent Assembly elections?

Baburam Bhattarai: Our understanding was that after abolishing the monarchy and establishing a bourgeois democratic republic, the proletarian party would take the initiative and launch forward the struggle towards the New Democratic Revolution. We knew the bourgeois forces, after the abolition of the monarchy, would try to resist, and our main contradiction then would be with the bourgeois democratic parties. A new field of struggle would start.

Now we are preparing for the final stage of the completion of the New Democratic Revolution. In a few months, maybe there will be some intervention from the imperialist and expansionist forces. We may again be forced to have another round of armed clashes. We have decided to again focus on the basic masses of the people both in urban and rural areas. In the decisive stage of confrontation with the reactionary forces we could again combine our bases in the rural areas and our support in the urban areas for a final assault against the enemy to complete the revolution.

Can you explain how the UCPN(M) understands the nature of the state in this transitional period? Can the New Democratic Revolution be completed through the holding of an election?
A sort of flux has been created, it has not been stabilised. Within this nature of the state, we think it will be easier for the revolutionary forces to intervene and further destabilise the state, putting pressure on it from outside the state which can be smashed to make a New Democratic state.

What we are talking about is not organising elections within the bourgeois state, we are talking about after the revolution in a New Democratic or socialistic framework, where there will be certain constitutional provisions whereby the reactionaries, imperialists and criminal forces will not be allowed to participate. This concept of competition is only a general concept, the actual mode of that competition we have still to work out.
Posted by nickglais on 11/10/2009 01:33:00 PM