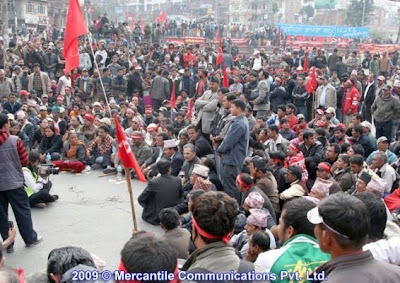 Thousands of cadres of UCPN (Maoist) and its sister organisations along with their leaders have gathered around the country's administrative center Singha Durbar from early morning, Thursday, as part of their second phase of agitation against the President's move to overrule the erstwhile government's decision to sack the then army chief