G N Saibaba of the RDF speaks on Tribals in India , Ecological disaster and Political Prisoners at London meeting 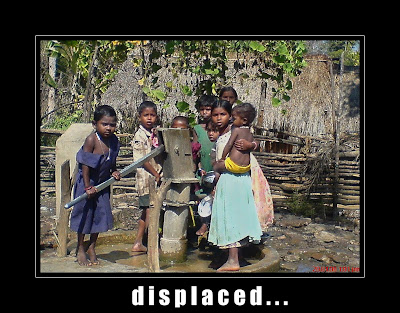 G N Saibaba of the RDF spoke to a meeting in London organised by Committee for Solidarity with Political Prisoners on the question of the Indian State's War on its own indigenous Adivasi or Tribal people.

He pointed out the the areas of Forest inhabitated by the Tribals are the lungs of South Asia and should be a Green conservation area for the planet along with other forest areas like those in Brazil.

The struggle of the Adivasi people is our struggle and not just their's said Saibaba has the implications of the rapacious plunder of Adivasi lands by imperialist capitalist monopolies endangers the survival of the planet.

He called at the meeting for a campaign to recognise political prisoner status for those who have fought for social justice in India and have found themselves repressed and behind bars.

He received a standing ovation by those present at the meeting campaigning for the freedom of political prisoners throughout the world..
Posted by nickglais on 11/29/2009 11:35:00 AM